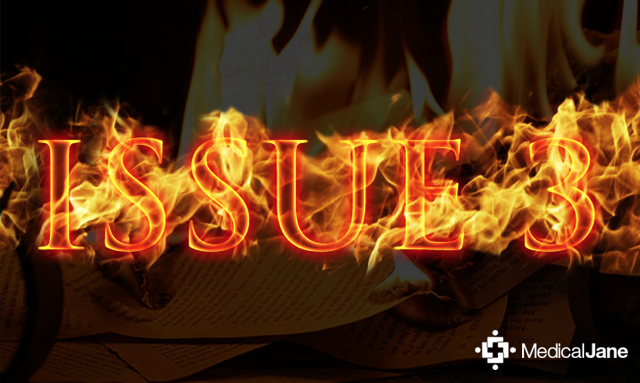 Despite a $20 million campaign, voters rejected an amendment to the constitution that would make Ohio the fifth state to legalize recreational marijuana. A blow to marijuana legalization nationwide, other states should take note of what happened. Issue 3 was more than a legalize or don’t legalize debate and the ballot measure divided even those who are pro-legalization. An overwhelming majority opposed the issue (about 65 opposed compared to 35 in favor). Many of the opposed actually support legalization, however they refuse to allow the voting process to be used to incorporate a business plan into legislation that seizes control of the industry. Despair should not be confused with stupidity. A measure overshadowed by blatant attempts and far-reaching tactics is far worse than being denied access to cannabis. So what went wrong?

Just as experts blame the California Prop 19 failure on the fact that cannabis farmers in the state’s “Emerald Triangle” joined together and voted it down 70 percent, many are saying the same thing happened in Ohio. Many of those who voted “no” were actually in favor of legalization, but joined together to vote down Issue 3 because it tried to write a business plan into the legislation that would make a few wealthy investors even richer. Activists have been fighting for years and they don’t take kindly to wealthy investors throwing around money in the guise of “support” with a hidden agenda to cash in on the “green rush.”

When Alaska, Colorado, Oregon and Washington state legalized recreational marijuana, they had already established programs that allowed patients to get cannabis to treat various illnesses. Many Ohioans are open to medical cannabis, but many still balk at full legalization. Ohio government has refused for 18 years to consider medical marijuana bills, so it was no surprise that many folks voted down an initiative jumping directly to legalization of both medical and recreational in a single stroke.

3. Buddie (the mascot) was a bad example for industry.

Supporters of Issue 3 thought Buddie (a cartoonish-style mascot with a marijuana bud shaped head and the letter B across his chest like a superhero) would appeal to Millennials, especially the college crowd. Instead, Buddie caused controversy. The naysayers criticized ResponsibleOhio for using a comical mascot and used it to further their agenda that legalization would harm children.

Select wealthy investors, large corporate interests, massive lobbying and marketing forces like Big Tobacco and the alcohol industry should not dominate or control the industry and limit the opportunities for marijuana businesses. Remember they are looking to increase consumption to increase their profits. Stand up and let these groups know we will not stand for greed, but we will continue to fight until everyone has the right to access this wonderful healing plant without selling their souls.