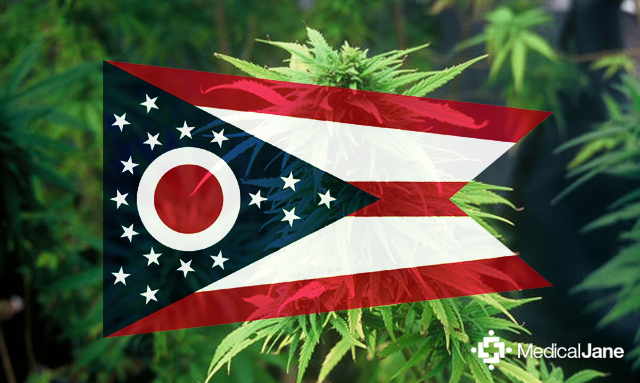 A very restrictive medical marijuana bill, known as House Bill 523, is close to becoming law in Ohio. The measure cleared the Ohio Senate by just three votes, and the House followed by approving Senate changes 67-28.

In an interview with the Late Show’s Stephen Colbert last November, Gov. Kasich said he would support medical marijuana legislation as long as it was properly written and there was a need for it. “If the experts come back and say, ‘We need this for people who have seizures,’ I’m for that,” Kasich told Colbert. Lawmakers hope the bill is signed into law by mid-June. However, now that the bill is on Gov. Kasich’s desk for signature, his spokesman was noncommittal on the governor’s support, saying he would look at the bill in its final form.

Under the new bill, home cultivation and smoking marijuana would be banned — similar to the legislation recently enacted in states like Pennsylvania, New York and Minnesota.

At dispensaries statewide, patients with a doctor’s recommendation would have access to products such as cannabis concentrates, tinctures, edibles and transdermal patches. Although smoking remains banned under the new bill, dried cannabis will be available at dispensaries for the use of vaporization and other “non-combustible” delivery methods.

Not only is it troublesome that politicians uneducated in cannabis treatment are trying to tell patients how to use medical cannabis, they are even going as far as setting new limitations on the amount of tetrahydrocannabinol (THC) that medical marijuana products can contain. Plant material will be capped at 35% THC, and extracts will be capped at 75% THC. This is a large step in the wrong direction and sets a scary precedent. Legislative bodies should not be putting ceilings on things that simply do not need to be regulated.

“We have a commitment to the entire patient community to continue our campaign and bring relief to all those who suffer from these conditions.” – Aaron Marshall, Ohioans for Medical Marijuana

Additionally, one of the big issues many patients have with the current legislation is that it disallows any home cultivation. Not only does this prevent thousands of sick patients and their families from cultivating their own medicine, but it also effectively creates an oligarchy by forcing people to purchase cannabis products from one of the very few licensed providers in the state.

However, it’s not all bad news; the bill also requires the Board of Pharmacy to establish a program aimed at reducing the cost of medical marijuana products for veterans and those with limited income.

Ohioans for Medical Marijuana is working to place the issue of legalizing medical marijuana on the November ballot. They call the legislature’s efforts to bring medical marijuana to the Buckeye State a “step forward” for Ohio, but noted several critical omissions in the bill.

For instance, several notable qualifying conditions common to other states’ medical marijuana programs were not included in HB 523, including muscular dystrophy, autism with aggressive or self-injurious behavior, Huntington’s disease, cachexia or wasting syndrome and severe and persistent muscle spasms.

Those conditions are all included in Ohioans for Medical Marijuana’s proposed initiative, which also allows patients and their caregivers to cultivate limited amounts of cannabis at home and permits smoking of marijuana.

“Our Constitutional amendment builds on the legislature’s work by incorporating national best practices and offers voters an opportunity to enact a law free of the horse-trading inherent in the legislative process.” – Aaron Marshall

“This General Assembly has taken a step forward on this issue,” said Aaron Marshall, spokesman for Ohioans for Medical Marijuana in a statement. “Their support for medical marijuana speaks volumes for eliminating any remaining biases against allowing doctors to recommend this life-enhancing treatment to patients in need.”

“Our Constitutional amendment builds on the legislature’s work by incorporating national best practices and offers voters an opportunity to enact a law free of the horse-trading inherent in the legislative process. Our amendment also protects the rights of patients in the Ohio Constitution, not leaving this important issue vulnerable to the reach of special interests.”

Ohioans for Medical Marijuana plans to continue efforts to place their proposal on the November ballot with the issue of patient’s rights to medical marijuana supported by the Ohio General Assembly.

“We have a commitment to the entire patient community to continue our campaign and bring relief to all those who suffer from these conditions,” said Marshall.

The campaign must collect at least 305,591 valid signatures by the first week of July in order to qualify the measure for the November ballot. To get involved in the movement, visit the Ohioans for Medical Marijuana website and voice your opinion today. 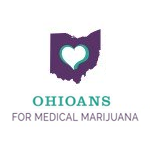 Ohioans for Medical Marijuana is a committee formed by the Marijuana Policy Project (MPP) to support a ballot initiative establishing a comprehensive, patient-focused medical marijuana law in Ohio. It represents a coalition of patients, …