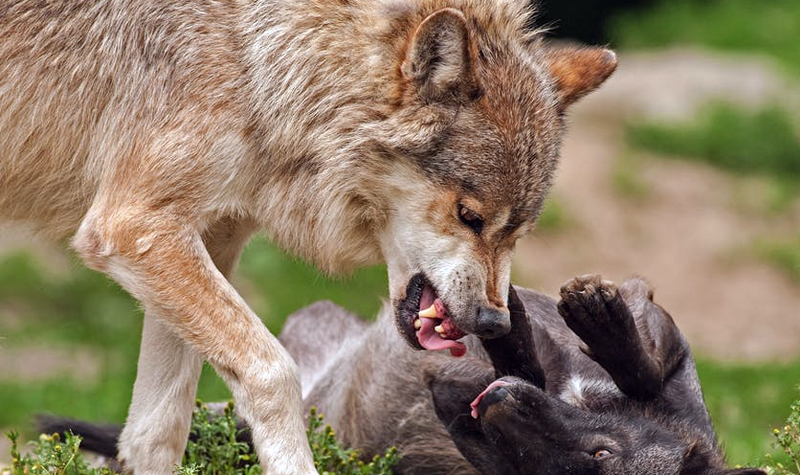 In a recent interview with Yahoo News and Finance Anchor Bianna Golodryga, former Rep. Patrick Kennedy claimed the concept of cannabis having medicinal purposes is more likely “a Trojan horse designed to addict people.” Yes, you read that correctly. Kennedy, a man who claims to care for patients, believes that legalization normalizes the use of what he sees as an addictive drug despite a growing mound of scientific evidence proving exactly the opposite.

For starters, Kennedy begins the interview by comparing cannabis to tobacco and alcohol. He attacks the entire cannabis industry by saying, “It [the marijuana industry] has only one thing in mind – profits.”

According to Kennedy, cannabis products are meeting the same evils as tobacco, alcohol, and pharmaceutical drugs. He takes some hard shots at cannabis-infused edibles and consumables – specifically calling out all gummies, elixirs, pot shots, THC candy bars and grape sodas as the root of the problem.

“You’ve got Wall Street backing a new corporate investment – and what are they investing in? Addiction.” said Kennedy.

Bianna, then moves the conversation to medical marijuana. She asks Kennedy if he agrees cannabis should be used medicinally. He answers, “We have something called Marinol. It is FDA approved.” He says he is in favor of medical cannabis products, but only if they are FDA approved. The rest of the interview is more damning of cannabis and contains many of the typical scare tactics used during the Reefer Madness era.

It is obvious that Kennedy has been deeply affected by his own personal demons, so it is easy to believe that his own experience has motivated him to become outspoken about addiction. But it is important to consider some other facts before we hand him an award for his service: (1) he doesn’t talk first-hand about an addiction to marijuana – his demons were OxyContin and alcohol; (2) most of what he claims can be debunked with a little research; (3) he seems to know a lot about cannabis-based edibles on the market despite being ignorant of the very basic cannabis facts; and (4) after digging a little deeper, we discovered that he has various interests and holdings that align perfectly with what may be another reason why he is fighting legalization so hard – and that would be profits.

So you may be wondering, why should anyone care what one person is saying about cannabis in the media? It’s a fair question. To answer this, we have to first take a look at what is happening behind the scenes.

There is no such thing as royalty in the United States, but the Kennedy family comes as close as it gets. For over 60 years, Washington DC has had at least one Kennedy in public office.

Patrick Kennedy, a former congressman and member of the well-known political Kennedy clan, is an admitted alcohol and drug addict survivor who also suffers from bipolar disorder. OxyContin was his drug of choice, and after crashing his car into a barricade on Capitol Hill and pleading guilty to driving under the influence of prescription drugs, he entered rehab as part of a plea agreement in 2006, only to re-enter rehab again in 2009. Kennedy, now 49 years old, claims to work on his recovery everyday and attends group behavioral therapy on a regular basis.

In an interview promoting his book A Common Struggle, TheFix called Kennedy one of the nation’s leading advocates in an effort to change the way people talk about mental illness and addiction. They talked to him about his involvement in several groups with the premise of helping addicts and the mentally ill. While his motives appear to be genuine, one has to wonder if there is more to the story.

For more context, let’s take a look at some of the groups Kennedy is involved in, namely, Advocates for Opioid Recovery (AOR); CleanSlate Addiction Treatment Centers; and The Kennedy Forum. It turns out all of these entities are partially funded by Apple Tree Partners, and Apple Tree Partners is the private equity firm that owns Braeburn Pharmaceuticals.

Braeburn Pharmaceuticals is a company that focuses on implantable and injectable therapies for serious neurological and psychiatric disorders, including addiction, pain, and schizophrenia. Braeburn’s first product, Probuphine, was approved by the FDA on May 26, 2016, for the maintenance treatment of opioid addiction. The implant drug relies on four tiny rods implanted under the skin of the upper arm to dispense the addiction-treatment drug buprenorphine for six months at a time. The FDA originally rejected Probuphine, judging the drug’s dose too low to reliably help the broad range of opioid-addicted patients, but Braeburn and partner Titan Pharmaceuticals resubmitted the product with additional data and approval was finally granted.

It also turns out that Braeburn Pharmaceuticals is a secret funder of Advocates for Opioid Recovery, fronted by paid advisers Patrick Kennedy and Newt Gingrich. Earlier this year, in a prospectus filed with the SEC as part of a now-postponed effort to take the company public, Braeburn Pharmaceuticals disclosed it entered into an agreement to make a $900,000 charitable donation to Advocates for Opioid Recovery. The filing indicates that Braeburn had paid $675,000 to the nonprofit group as of September 2016, but did not specify when the remaining funds are to be paid.

Apple Tree Partners, is also an investor in CleanSlate Addiction Treatment Centers. Kennedy has been a member of the board of directors of CleanSlate since 2015. CleanSlate is also a sponsor of the Kennedy Forum, a mental health advocacy outfit headed by Kennedy.

City drug treatment plans all across the nation are forcing cannabis users to participate in court-referred programs to avoid jail time. It’s not just parole and probation violations generating these marijuana treatment referrals either. They are often required when cutting a plea deal to avoid more serious criminal charges. In some cases, defense attorneys can even bond clients out of jail on the condition that they are going directly into a treatment program. Family courts and juvenile divisions are also referring thousands to treatment. Not only is this practice taking up valuable space and resources for real drug addicts, but a lot of people are making a lot of money providing services to the so-called addict.

Kennedy has also taken part in forming Smart Approaches to Marijuana (SAM). Based on the name, one would think Smart Approaches to Marijuana would support cannabis legalization, but the opposite is true. In its own words, “SAM’s primary focus is educating the public about the harms of marijuana legalization.” In reality, SAM actually opposes all use of cannabis, with the exception of FDA-approved medications that can be sold by companies like Braeburn Pharmaceuticals.

It is no secret that big pharma has been a major contributor in the war against legalized cannabis for years. Placidly watching and acting in the background, pharmaceutical companies have been looking for ways to use legalization as a way to make even more money off of sick patients.

”For us to think that in 40 years we can duplicate what has happened in four million years of human development is very arrogant.” – Dr. Gerald Gaull, Pediatrics Professor at Mt. Sinai School of Medicine in New York

And now, with the dangers of opioids finally exposed, pharmaceutical companies are feeling the pain of loss. Pain not from losing loved ones who die from overdoses or suicides from using their products, but pain from losing profits as the opioid and heroin epidemic is exposed for what it is.

To increase their bottom line, big pharma companies are now more open and receptive to cannabis medicine – as long as it is cooked up in the lab. The irony in all of this is that the U.S. Food and Drug Administration (FDA) seems more than eager to help them out; while, doctors, investors, companies, and just about anyone who puts profit over the patient, are quietly jumping on the anti-pot bandwagon for one reason or another.

There is no doubt big pharma will continue to ramp up its claim that their cannabis-based medicines, albeit synthetic products, are better and safer than whole plant medicines despite the mounds of scientific evidence that argue in favor of the entourage effect.

Unfortunately, below-level tactics have been used for centuries to promote false education for the purpose of pushing an agenda forward.

Used by megacorps in the 70s, misguided campaigns attracted wide-spread support from medical professionals, health authorities and civil society in developing countries to promote infant formula as the preferred substitute for natural breast milk. Profits were put above human cost. Babies were a business, not little people.

“I’m ready to stake my reputation. I still consider myself having a public responsibility. The weight of evidence is so overwhelming that I don’t think it’s responsible not to speak out on this.” – Rep. Patrick Kennedy

Despite its advantages, human milk has always competed against other methods of feeding. Even the most compelling facts can get lost amongst the smoke and mirrors. It took concerned citizens groups and individuals to organize and educate people to protect themselves against the marketing onslaught and opportunistic capitalists. To this day, the debate over breast milk versus formula continues.

The war on opioids and heroin is heating up, and rightfully it should. These are bad things. What shouldn’t happen is that cannabis gets pulled into and used as a pawn to further contrary agendas and line pockets. You may be entitled to your opinion, but you should be prepared to argue for it with facts and research.

At the end of the day, celebrities and public figures are people; they make mistakes and make choices we may or may not agree with. It is not fair to hold them to unattainable standards of character just because they are famous, but it is a reasonable assumption that they recognize and be held responsible for the influence of their opinion in today’s culture.