In 2009, Sweet Grass Kitchen began its journey producing fresh baked, cannabis-infused edibles. Today, we are regarded as one of the most established of its kind, and provides their delicious, full-flower cannabutter baked goods and confections to nearly 500 dispensaries throughout Colorado.

marQaha
Denver, Colorado
marQaha is a very old Arabic word that refers to the “bliss” felt while drinking coffee, it has also come to mean “someone or something impossible to hate”. We infuse everything we do with this idea in our approach towards our customers and their patients. Our passion is the creating and offering of handcrafted drinks, edibles and other medicinal products to dispensaries that bring a feeling of bliss. 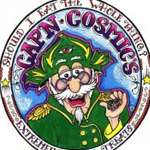 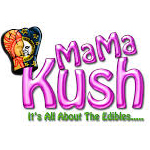 Mama Kush Edibles
San Diego, California
Mama Kush Edibles is based in San Diego, CA. They make a variety of edibles including kettle corn, ice cream, and cheesecake. One of they’re most interesting creations is medicated beef jerky, which received an honorable mention at the 2013 LA HighTimes Medical Cup.