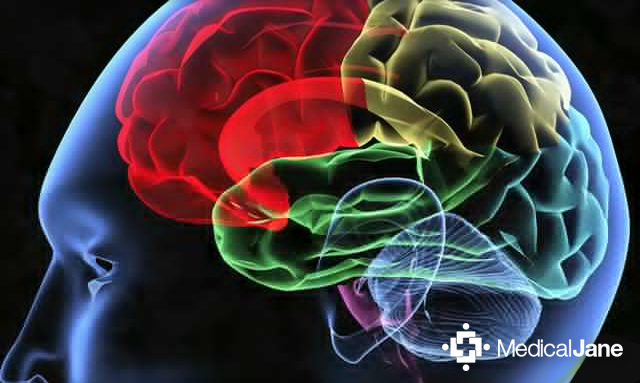 Cannabidiol (CBD) May Prevent Buildup of Excess Iron In The Brain

With the advances in science, life expectancy is much longer now than it was 100 years ago. While this is a positive thing, it means that more and more people are being affected by neurodegenerative diseases, like Alzheimer’s disease, Parkinson’s disease, and Huntington’s disease.

“Iron is deposited in parts of the body and gradually builds up. Excess iron is linked to various diseases, such as: liver fibrosis, heart attacks, and cancer.”

Unfortunately, there is still a lot that we don’t know about neurodegenerative diseases. Much of what we do know can be attributed to Dr. George Bartzokis.

Knowing that iron builds up in certain parts of our body over time, he investigated the effect iron has on brain development. In his research, he found a link between excess levels of iron and brain degradation, showing that excess iron buildup is responsible for the cognitive deficits associated with certain diseases.

One of the areas where the brain stores iron is the basal ganglia (an area of the brain involved in voluntary movement and habit regulation, among other functions), which is the area that is often associated with diseases like Alzheimer’s and Parkinson’s.

To best understand the study published in the July 2013 issue of Molecular Neurobiology, it helps to understand the role of mitochondria; they are found in most cells and housed inside of a membrane. Because mitochondria generate most of a cell’s chemical energy, they are often referred to as the “cellular power plant.” It is their job to control cell processes, like apoptosis (or programmed cell death).

One deficit associated with neurodegenerative diseases, like Alzheimer’s and Parkinson’s, is less chemical energy at the synapses (where cells pass signals to each other). This suggests that mitochondria may play a key role in maintaining an efficient circuit of neurons in the brain. The iron seems to disrupt the dynamics of the mitochondria, causing them to initiate more cell death than normal.

Influenced by past studies, which showed cannabidiol helps recover iron-induced memory deficits, researchers from Pontifical Catholic University in Brazil examined the relationship between CBD and neurodegenerative diseases in this study. They focused on the mitochondria in order to understand how cannabidiol (CBD) helps those suffering from Alzheimer’s and Parkinson’s.

First, the researchers overloaded rats with iron and treated some of them with cannabidiol. They found high levels of dynamin-1-like (DNM1L) and caspase 3, proteins associated with cell death, as a result of excess iron. This gives further proof to the idea that iron disrupts the balance of mitochondria.

“CBD should be considered as a potential molecule with memory-rescuing and neuroprotective properties.” – Pontifical Catholic University researchers

The study found promising results when they examined the effect of cannabidiol. The levels of DNM1L and caspase 3 in the hippocampus returned to the normal levels with CBD treatment. Because those are the proteins associated with cell death, the researchers concluded that CBD may have protected the brain from the rapid cell death associated with iron.

The effects that iron build-up has on the brain is apparent; it is very closely tied to the onset of Alzheimer’s disease, among other neurodegenerative diseases. To this point, our knowledge of how to treat neurodegenerative diseases is sparse, but these findings are promising. More research is certainly necessary, but cannabidiol treatment could prove to be a successful way of preventing brain degradation.

Click here for more information on the potential for cannabinoid medicine use in the prevention/treatment of neurodegenerative diseases.