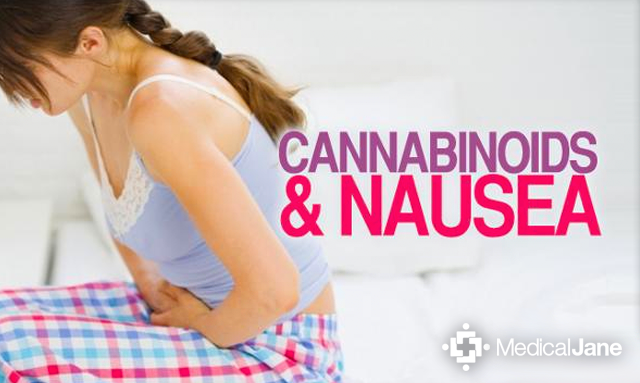 Although many of the benefits of cannabis go unreported, it has become a relatively common treatment for the experience of nausea. In fact, one of the most common conditions for which medical cannabis is prescribed is chemotherapy-induced nausea. This should come as no surprise; cannabis has been successful in treating a number of chemotherapy’s side effects, including heart failure.

Despite the effect cannabis has on nausea, there is not much information available as to why. A recent study, published in the British Journal of Pharmacology, investigated nausea’srelationship with two cannabinoids, tetrahydrocannabivarin (THCV) and cannabidivarin (CBDV).

The study, which was conducted in Ontario, Canada, compared THCV and CBDV with an anti-obesity drug called rimonabant. Although it has shown promise in preventing obesity, rimonabant was never approved in the US because of its side effect profile.

Rimonabant has been linked to severe depression and suicidal thoughts, as well as nausea.

The researchers first treated rats with THCV, CBDV, or rimonabant to test whether the substance would induce nausea. As expected, the rimonabant produced a nauseous reaction, whereas the cannabinoids did not. Combining that with the fact THCV is believed to be an appetite suppressant, it may represent a safe alternative for rimonabant in fighting obesity. The next step of the study was to test the effect of cannabinoids on nausea. Researchers induced nausea in the rats with a toxin and treated them with 10-20 mg of THCV or CBDV. According to their results, both cannabinoids reduced the rats’ experience with nausea.

According to the study’s author, tetrahydrocannabivarin (THCV) and cannabidvarin (CBDV) “may have therapeutic potential in reducing nausea.” While the idea of using cannabis to treat nausea is nothing new, this study is another step towards understanding the role of each cannabinoid.