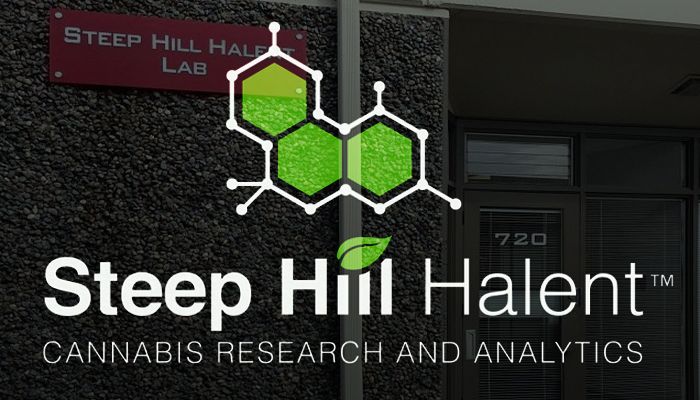 It’s no secret that we here at Medical Jane are huge proponents of lab testing cannabis. There are a number of reasons really, but first and foremost it allows patients to have the peace of mind that their medicine has been screened for safety.

With that said, Rome wasn’t built in a day and the cannabis testing industry is no different. Steep Hill Lab, the nation’s first cannabis testing facility, opened in California during 2008.

It has grown quite a bit in the time since, and they are considered by many to be apart of the select group of cannabis industry innovators. A merger with Halent Laboratories in 2013 was a sign that they don’t plan on stopping anytime soon.

From the start, Steep Hill Halent has made a point to serve cultivators and medical marijuana providers throughout the State of California. The company was co-founded by David Lampach, Addison DeMoura, and Steve DeAngelo partly in order to help growers see how they stack up to their competition.

“As long as we’re open for business, the doors are open for you to come speak to someone and take a tour.” – Addison DeMoura

With that said, testing quickly became a vital part of the medical marijuana equation when Steep Hill developed the first microbiological method for determining mold and bacteria levels on cannabis.

Previously, an obscene number of patients were being provided cannabis that did not undergo any sort of rigorous quality assurance testing, and relatively little was known about the plant – a problem the Steep Hill set out to change.

According to Addison DeMoura, Chief Operating Officer of Steep Hill Halent, they have always done their best to help educate others about cannabis. “As long as we’re open for business, the doors are open for you to come speak to someone and take a tour,” he explains.

The company works closely with a number of their clients over time in order to help improve the quality of their medicine. Repeatedly testing your cannabis concentrates, for instance, can go a long way to improving your extraction technique and building trust from your patients.

Of course, this is not news to most cannabis industry professionals, and an impressive number of Northern California clients have put their trust in Steep Hill Halent during the past 6 years. Now the company is branching out as cannabis policy reform continues to sweep the nation.

Although the plant remains Federally illegal, there’s no arguing that cannabis is becoming more widely accepted across the nation. State laws are finally beginning to reflect this trend and many people feel that we are on the brink of a cannabis industry boom.

With this in mind, cannabis lab testing is obviously a market that will attract growth. Steep Hill Halent is ready for the jump and Addison says they’re planting seeds in a number of states.

“We’re never going to take your ideas and compete with you.” – Addison DeMoura

The company’s new Colorado facility received its license last month, placing them among the first businesses to be permitted under the state’s adult-use regulations.

Not satisfied, Mr. DeMoura explains that much of his current focus is devoted to the establishment of Steep Hill Halent’s Washington branch.

Furthermore, the company has been entertaining the possibility of expanding into emerging markets like Illinois, Nevada, and Massachusetts. Still, it’s most likely that they will let the newer markets develop before throwing their name in the hat.

Such widespread growth potential begs the question of which market is most intriguing from Steep Hill’s perspective, and Mr. DeMoura was kind enough to offer his personal insights. He noted that dabbing is his preferred delivery method, which is partly why he was most excited for the company’s Seattle expansion. While trying his best not to detract from Colorado and California, Addison explained that the Emerald City has an unrivaled selection of concentrates with varying terpene profiles.

Expansion aside, it’s clear that Steep Hill Halent is true to their roots. A few lab testing facilities have expressed an interest in pursuing product development as their main source of revenue, but Addison says their team has no such plans. “We’re never going to take your ideas and compete with you,” he explains.

This stance should come as no surprise, considering how well Steep Hill Halent has integrated itself into cannabis culture over the years. They’ve shared in the industry’s growth, but Mr. DeMoura notes that there needs to be more collaboration to keep pushing it forward.

“We need more understanding, more compassion,” he says. “I’ve been guilty of it myself too, but we all need to judge less and help more.”

Steep Hill Halent Labs has two locations in the state of California: Sacramento and Oakland. They conduct cannabis analyses, as well as research for quality control and product development.Prior to 2013, they were two separate …