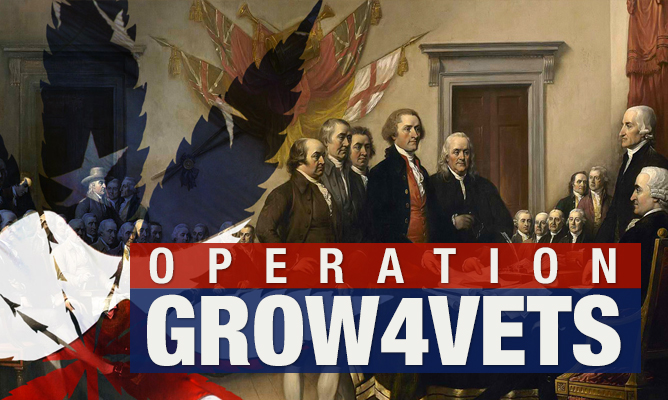 As we’ve discussed before, cannabis has shown promise in the treatment of PTSD. Despite this, it is not considered to be a qualifying condition for medical marijuana in the state of Colorado.

Thanks to the passing of Amendment 64 and the opening of retail cannabis facilities in Colorado earlier this year, veterans have been able to secure access to cannabis in a safe, regulated environment.

However, the cost of adult-use cannabis in Colorado is notably higher than medical marijuana and these veterans are left to foot the bill. Operation Grow4Vets was founded earlier this year in hopes of solving this problem in the Centennial State.

Roger Martin, Executive Director of Operation Grow4Vets, launched the organization in January after his personal experiences with medical marijuana helped him realize that cannabis is not the harmful drug that he once believed it to be.

After serving in the military, Martin was taking as much as 180 milligrams of oxycontin every day to treat chronic pain. At the same time, he took 20-30 milligrams of ambien in order to sleep through the night.

After trying to quit cold turkey on two separate occasions, Martin was advised to try suboxone treatment coupled with cannabis therapy. He was able to wean himself off the suboxone in as little as 5 1/2 weeks – such treatment typically takes 12-18 months.

“Martin relies on the use of infused ebiles to help deal with bouts of chronic pain.”

These days Martin relies on the use of infused ebiles to help deal with bouts of chronic pain. According to him, he eats a cannabis-infused cookie each night in order to silence the pain long enough to sleep for 4-6 hours each night.

More importantly, Martin is able to achieve this sort of relief without taking any sort of harmful pharmaceutical drugs.

“The veterans at least understand why they are experiencing these feelings,” Martin explains. “A 3-year-old can’t possibly understand that.”

Operation Grow4Vets provides cannabis products (flowers, edibles, concentrates, cannabis oil, etc.) and cultivation equipment to as many military veterans as they possibly can. One step further, they teach interested veterans learn how to set-up and tend their own personal gardens in the state.

The organization has plans for a program starting at the tail-end of July that will help veterans find jobs in the rapidly-evolving cannabis industry.

“Our main purpose is to get veterans off the dangerous drug cocktails so many of them are on.” – Roger Martin

An article printed in the Huffington Post last month states that an estimated 7,500-10,000 jobs exist in the current Colorado cannabis industry; one can only expect that number to rise as the market continues to mature.

While Opeation Grow4Vets is still in its early development stages, Martin has high hopes for the organization. He explains that their legal team is already looking into the possibility of opening chapters in other states like California in the future.

“We want to be in every state with laws we can work with,” Martin explains. “Our main purpose is to get veterans off the dangerous drug cocktails so many of them are on.”

Operation Grow4Vets will be holding an event in Colorado this upcoming Memorial Day (May 26) to introduce itself to the veteran population that it will be serving. Martin encourages veterans whom are interested in joining the program to pre-enroll via the Operation Grow4Vets website.

Donations (monetary and otherwise) are a major source of assistance for the organization, and they can be handled through the website as well. 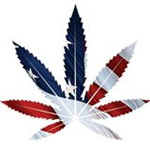