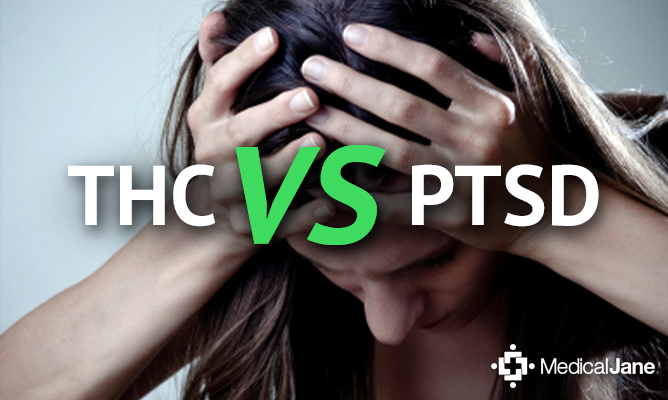 Post-traumatic stress disorder (PTSD) and cannabis have been linked with one another for quite some time. In fact, it was added as a qualifying condition in both Michigan and Nevada earlier this year.

That being said, a team of researchers at the Hadassah Hebrew University Medical Center published clinical trial data ahead of print in the journal Clinical Drug Investigation that sheds further light on this relationship. Their results suggest that the oral administraion of tetrahydrocannabinol (THC) could help mitigate symptoms of PTSD.

What Is Post-Traumatic Stress Disorder (PTSD)?

Post-traumatic stress disorder (PTSD) is a severe anxiety disorder that results from an experience with extremely traumatic events. It is most often associated with war, but rape victims are another population that often report symptoms of PTSD. It’s important to note that the sort of “trauma” experienced can vary greatly on a case to case basis, but it is the effects of the trauma that ultimately determines diagnosis.

According to the National Institute of Mental Health (NIMH), about 7.7 million adult Americans suffer from PTSD. It is a horrible disorder to endure and many people are currently being prescribed powerful addictive drugs to treat the symptoms.

While these drugs work for some, others become addicted and the drugs are affecting their lives. The prevalence of substance abuse among veterans has increased substantially.

For this reason exactly, veterans are turning to cannabis more and more to deal with the crippling symptoms of PTSD, among other issues. In fact, organizations like Operation Grow4Vets are going so far as to help veterans in Colorado secure access to quality medical marijuana.

In order to investigate the relationship between tetrahydrocannabinol (THC) and PTSD, a team of researchers including Dr. Raphael Mechoulam recruited 10 people on stable medication for chronic PTSD.

In addition to traditional medication, the researchers orally administered 5 milligrams of tetrahydrocannabinol (THC) twice each day. The study claims that 3 out of 10 patients experienced “adverse effects” to treatment, but they do not clarify what these effects are. Regardless, these effects were not so bad as to cause them to discontinue treatment.

“THC was associated with an improvement in global symptom severity, sleep quality, frequency of nightmares, and PTSD hyperarousal symptoms.”

According to the results, THC was associated with global symptom severity, sleep quality, frequency of nightmares, and PTSD hyperarousal symptoms.

This led the research team to conclude the following: “Orally absorbable Δ9-THC was safe and well tolerated by patients with chronic PTSD.”

Of course this isn’t this first time that a clinical study has suggested a link between cannabis and PTSD. As noted by Paul Armentano, Deputy Director of NORML, “researchers at the New York University School of Medicine published findings [in 2013] indicating that PTSD subjects experience a decrease in their natural production of anandamide, an endogenous cannabinoid neurotransmitter.”

While results like such as this are promising, it should be noted that the sample size of the Israeli PTSD pilot study (10 participants) is far too small. More research will be needed in the future to determine the ideal dosages of THC to reliably help treat PTSD in humans.