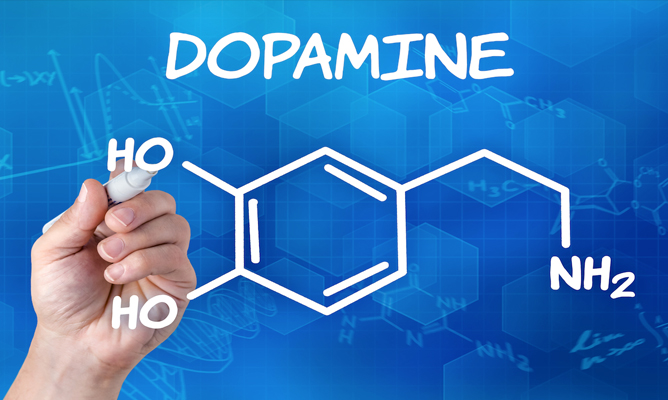 Taking Care of Business: The Effects of Marijuana on Productivity

It’s no secret that medical marijuana has many medicinal benefits. Despite the leaps and bounds that society has made in legalizing marijuana, there can still be a negative stigma surrounding those who partake, be it medically or recreationally. However, many people are blind to the fact that cannabis can be a beneficial tool when it comes to the overall quality of work. Not only can it help you to access the more creative parts of your imagination, but it can also help to clear away the clutter and help you to focus. This leads us to ask the question, could cannabis actually boost overall work ethic and productivity?

Marijuana, like other drugs, causes the brain to release the chemical dopamine. Dopamine is one of the many chemicals in the brain that helps regulate the brain’s activity. These chemicals are also known as neurotransmitters.

When a person inhales or ingests cannabis, cannabinoids increase the flow of dopamine by blocking off the function of another neurotransmitter, called GABA. Under normal circumstances, GABA “waters down” the flow of dopamine to the brain. However, when cannabinoids and THC inhibit GABA, the brain releases more dopamine as a result. This increase in dopamine causes people to feel more calm, focused, and can even boost their overall creativity. Contrary to popular belief, endocannabinoids are more strongly linked to ‘runner’s high’ than endorphins.

There is no denying the fact that media has been successful in creating a stigma associating cannabis consumers with the act of being lazy. However, there is nothing about marijuana specifically that causes people to lose drive and ambition. In recent laboratory studies, subjects given high doses of marijuana for several weeks exhibited no decrease in work motivation or productivity.

“The latest scientific evidence shows that this neurotransmitter [dopamine] acts before the pleasure or reward, encouraging us to act.”

In fact, there is plenty of anecdotal evidence supporting the concept of cannabinoids improving an individual’s work ethic and creativity. As we know, there is a strong link between dopamine and the CB-1 and CB-2 cannabinoid receptors of the brain.

Even celebrities are speaking up. Famed writer and director, Kevin Smith, explains in his book about how he got into cannabis for the first time. Kevin says Seth Rogen helped him unlock marijuana’s creative potential. “Seth was the most productive pot smoker I’d ever met, and he never seemed remotely f*cked up,” writes Smith. “Here was a guy who could not only handle his high, he could handle your high, your friends’ highs, and your mom’s high—all while getting sh*t done.”

Smith goes on to tell the story of how he and Rogen smoked together for the first time; how he and his wife smoked together for the first time; and most importantly, how smoking marijuana made him feel. “I liked who I was when I was smoking weed,” says Smith. “[I] spent less energy trying to make people laugh because [I] was laughing lots [myself]. At that point in my life, weed was exactly what I needed.”

At age thirty-seven, Kevin Smith began to smoke marijuana every day, but gave himself a goal– he had to tie something creative to it: “If I was blazing, I was writing, podcasting, or editing at the same time.” Some of the best and most revered music, movies, and art have been made while consuming cannabis.

Seth Rogen expressed that marijuana is part of his productive day-to-day activities, and that his writing benefits from it. “I think it’s a myth to say you can’t be productive and smoke weed. It’s an antiquated thought,” says Rogen. “More than anything, [marijuana] makes me willing to work.”

The Effects Of Marijuana Use On Productivity

“It was believed that dopamine regulated pleasure and reward and that we release it when we obtain something that satisfies us, but in fact, the latest scientific evidence shows that this neurotransmitter acts before the pleasure or reward, encouraging us to act. In other words, dopamine is released in order to achieve something good or to avoid something evil.” Therefore, an increased flow of dopamine can boost your motivation to stay focused and potentially take on bigger goals in the future.

Other Ways To Stay Productive: Look For Clear-Sativa Strains

There are several strains of marijuana that can lend to increasing the dopamine levels in your brain. Sativa strains are usually labeled as being more “creative,” giving the user high levels of dopamine and allowing their brain to become more motivated and open. Some common cannabis strains to look for that could increase your drive and work ethic are Green Crack, Jack Herer, and Cherry AK.

These clear Sativa strains are popular for their ability to provide a uplifting and energetic head high, without the heavy, zone-inducing state. This makes them ideal for powering through work, chores around the house, or other creative endeavors. If you don’t have access to these specific strains, do not worry, any of the clear-headed Sativa strains that your local dispensary or collective has available should suffice. Just be sure to ask your budtender for their personal recommendations.