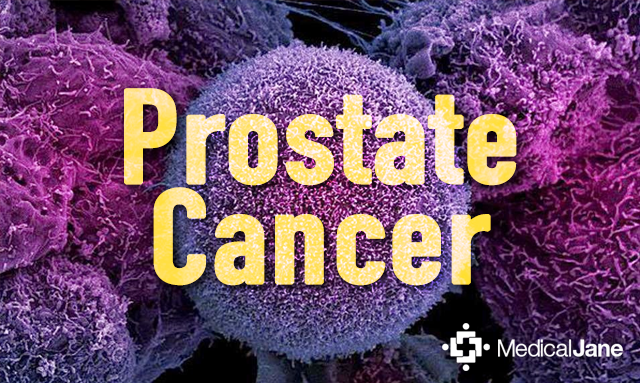 Endocannabinoids in the Treatment of Prostate Cancer

An in-vitro study (i.e., outside of the body, e.g., studying individual cells under a microscope) published in Oncology Reports in January 2015 found that stimulation of cannabinoid receptors helped to stimulate apoptosis (i.e., programmed cell death) in prostate cancer cells.

What is Prostate Cancer?

Prostate cancer is caused by an overproliferation of abnormal cells of the prostate (a gland in the male body that secretes fluids that aid in reproduction). Tumors can press on or block surrounding structures or spaces, causing dysfunction in normal body processes, and in later stages cancerous cells can metastasize (i.e., invade distant organs), potentially causing extensive damage and, if uncontrolled, death.

When discovered early, there is a large chance that prostate cancer can be cured, with a 98.9% chance of surviving at least 5 years post-diagnosis. However, if the cancer is not detected until a later stage, by which time it may have metastasized, there is a much larger chance that it will lead to significant health problems and death. While there are treatment options for patients with late-stage, aggressive prostate cancer, they are less effective and fewer than those for patients with prostate cancer still in early stages.

Past Evidence for Cannabinoids as Anti-Cancer Agents

Prior evidence found to support the potential for cannabinoids to work as anti-cancer agents, through the prevention of cancer cell formation and division, has shown their potential influence in:

Additionally, the potential for cancer cells to invade local tissues and organs (which signifies a more aggressive cancer) is decreased by compounds that block receptors usually stimulated by endocannabinoids.

Researchers treated/examined (1) prostate cancer cells (lines PC3 and PrC) and (2) cells from patients with benign prostatic hyperplasia (BPH, a condition that results in an increased number of prostate cells that are not cancerous):

Here is what they found:

Individuals with prostate cancer who are finding it difficult to control certain symptoms that may be experienced as a result of the disease or treatment with standard therapies (such as pain, cachexia [“wasting syndrome”], anorexia [the symptom, not the disorder “anorexia nervosa”], nausea, and vomiting) may experience some relief through the use of whole-plant cannabis or the approved cannabinoid medication like dronabinol (i.e., synthetic THC; treatment with dronabinol has sometimes been associated with high levels of anxiety in patients due to the absence of other cannabinoids to dull the impact of the psychoactive effects of THC). Whole-plant cannabis use should be carefully discussed with and monitored by a healthcare professional, and individuals using whole-plant cannabis should not expect that use will prevent or treat prostate cancer.

In whole-plant or isolated forms, cannabinoid therapies have the potential to not only control symptoms caused by the disease and its treatment, but also potentially to inhibit its progression.

Given (1) these and past results, (2) that late-stage prostate cancer patients have limited treatment options, and (3) that cannabinoid therapies have a favorable side effect profile, their use is relatively safe as a potential additional experimental therapy for individuals with late-stage prostate cancer. Further research is needed in order to determine whether or not cannabinoid therapies will prove clinically useful as a reasonable and effective option for the prevention or treatment of prostate cancer in humans.

Before beginning whole-plant cannabis use, individuals with prostate cancer should consult with and have any possible use monitored by a healthcare provider; therefore, suitable recommendations can be given, and benefits or harmful side effects can carefully monitored and addressed when necessary.