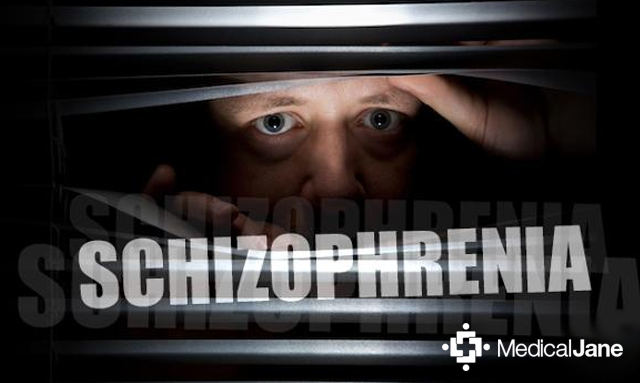 Research about the cannabinoid system is becoming a trend in medicine, and cannabidiol (CBD) seems to have stolen the limelight from its sister, tetrahydrocannabinol (THC). CBD has shown promise in preventing cancer from cigarette smoke, reducing heart damage from chemotherapy, and many more studies are being conducted.

CBD inhibits the uptake of anandamide, allowing it to stay in the blood stream longer.

One specific area of research has focused on cannabidiol’s interaction with anandamide. Anandamide is an endocannabinoid, which means our body produces it naturally. It effects the CB1 receptors, as well as the CB2 receptors, and has been found to fight against human breast cancer.

Anandamide May Postpone The Onset Of Psychosis

Risk Syndrome for First Psychosis is understood as the beginnings of schizophrenia. Despite hallucinations or delusions, one is still able to identify with reality.

Not only does the cannabinoid system seem to help reduce psychotic symptoms, but it also may postpone the onset of psychosis. In regards to psychosis, there is a period of time prior to the full onset of symptoms called the prodrome.

Actually, there is a completely new psychiatric diagnosis for this period in the new version of the Diagnostic and Statistic Manual of Mental Disorders (DSM): risk syndrome for first psychosis.

Research has suggested that anandamide may help fight off a complete psychotic break. When studied, high levels of anandamide were responsible for a longer prodrome period. It took longer for the risk syndrome for first psychosis to develop into schizophrenia.

Last year, an international team of researchers published a study in the journal Translational Psychiatry. They compared benefits of CBD and amisulpride, a potent antipsychotic, in 42 acute schizophrenia patients.

It makes sense that they chose amisulpride; most of the researchers are from Germany, where it is used to treat schizophrenia. In fact, it is used in many European countries (France, Germany, Italy, Switzerland, UK, etc.), Israel, New Zealand, and Australia, but it’s not approved by the FDA in the US.

The researchers found that cannabidiol and amisulpride were both “safe and effective,” but they declared CBD superior because it has “a better side-effect profile.” The study also came to the conclusion that CBD increased the amount of anandamide, which was the reason for its success.

A significant amount of recent research has pointed towards a beneficial relationship between cannabidiol and anandamide. CBD seems to inhibit the deactivation of anandamide, which has been linked to human breast cancer and now, the psychotic symptoms of schizophrenia.