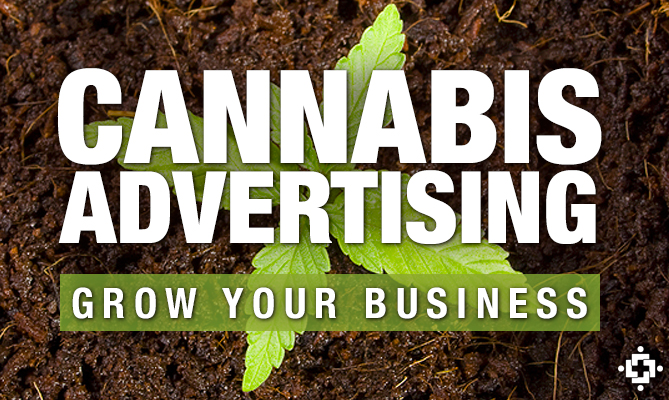 Industry Professionals Push For A New Chapter In Canna-Friendly Advertising

It’s hard to argue that cannabis is making its way to the mainstream. In his recent article detailing the history of cannabis business in America, Kris Krane predicts that recent developments “will lead to the further professionalization of the industry.”

Sure enough, this has not been lost on canna-business owners and there has been a notable push for the same benefits as more traditional markets. Access to Banking services for legal cannabis businesses has received most the attention in this regard, but it is not the only issue at hand…far from it.

Advertising, another vital part of the equation, can be problematic for even the most successful businesses in the industry. While this hasn’t been much of an issue in the past, the time is approaching where social media and word of mouth will no longer be enough to establish brand recognition.

That being said, the publishers of HIGH TIMES and Denver Westword made headlines this month for a lawsuit they filed against the state of Colorado. It comes in response to the state’s law requiring that retail cannabis stores only advertise in adult-oriented publications with “reliable evidence that no more than 30 percent of the publication’s readership is reasonably expected to be under the age of 21.”

According to the lawsuit, the rules place an unconstitutional restriction on the freedom of speech. It further states that the magazines are “prevented from making revenue from clients who wish to engage in advertising concerning marijuana-related products and services.”

We experienced a similar issue here at Medical Jane this week when attempting to put out a press release. Our team awarded the first official MJ Seal of Approval to the VapeXhale Cloud EVO (something we were incredibly excited about), yet we were unable to promote the occasion as expected. Why? Because PR Web “doesn’t allow releases that help promote electronic smoking devices.” Although we explained VapeXhale is not an “e-cig,” PRWeb did not want to work with us and continually denied our campaign.

Still, times may be changing in the realm of cannabis advertising, as evidenced by a recent article published by CBS News. It features an interview with Greg Wagner, internship director in the marketing department at the University of Denver’s Daniels College of Business, who predicts that mainstream cannabis-related advertising “is going to happen sooner than you think.”

“I believe that this is an obvious and necessary step to pushing the cannabis industry forward. By creating an ad network that caters to the cannabis industry, we provide a way for businesses to get the word out quickly and with just a few clicks,” says MANTIS founder and CEO, Matthew Price.

Enter the MANTIS Ad Network. With their official launch earlier this week, the technology company aims to be the leading canna-friendly, online ad network. Simply put, the MANTIS ad network is designed to connect top-tier advertisers with quality publishers (website owners) in the cannabis industry.

When I got a chance to sit down with Mr. Price, I asked why he decided to create the MANTIS ad network. His response was, “I believe that this is an obvious and necessary step to pushing the cannabis industry forward. By creating an ad network that caters to the cannabis industry, we provide a way for businesses to get the word out quickly and with just a few clicks.”

Johnny Green touches on the subject of cannabis advertising in a column published last month on The Weed Blog. He explain’s that the website has long been waiting for a viable way to manage advertising, and notes that the first group with an understanding of cannabis to “step-up” could enjoy overwhelming success.

It’s time to foster the creation of new businesses and help pave the way for business owners in the cannabis industry to get the word out about their new product or service. After speaking with our team, it looks like we will be utilizing the MANTIS ad network to manage our advertising campaigns here on Medical Jane, at least for the foreseeable future.

MANTIS is the largest and most advanced cannabis-friendly marketing platform in the world. Built for display, native, and video. The company works to connect industry-leading brands with their desired audience across more …