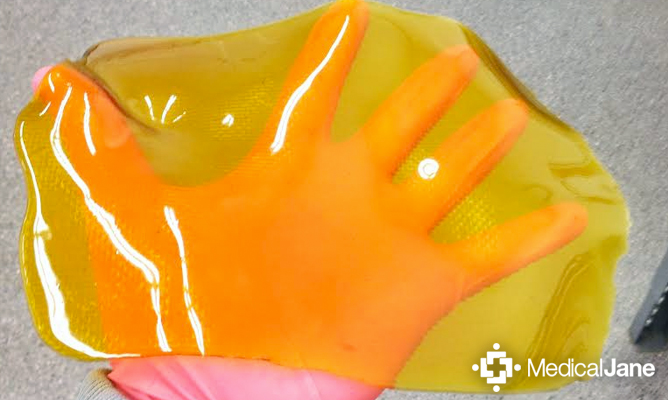 There is no shortage of concentrate makers, although the level of quality can differ greatly. There are a few reasons for this difference, but the best concentrates often have a way of making themselves obvious. This is certainly the case with X-Tracted, which is considered by many to be one of the best extraction companies in the nation.

Based in Washington State, X-Tracted is the parent company of the Refine Seattle brand. While they don’t enter many competitions, they have built a reputation for their devotion to quality and attention to detail.

X-Tracted: The Difference Is Science

The origins of X-Tracted can be traced back about 3 years. Co-founder Ryan Abernathy spent the last several years working on all forms of extracting under the Refine Seattle name, but distributing products to shops under their own name or through other concentrate brands.

His co-founder Justin Graham was one of the original suppliers of cannabis oil to medical marijuana patients in Washington State, and he had a great deal of operations experience.

“Graham was one of the original suppliers of cannabis oil to medical marijuana patients in Washington State.”

They called on this collective experience, as well as their love for cannabis, consistently providing medical marijuana patients with clean, quality concentrates. As Refine Seattle continued to grow, Abernathy and Graham knew it was time to expand.

In July of last year they joined forces with Jim Anderson to co-found the X-Tracted umbrella. According to Mr. Abernathy, “Jim has an extensive background in the business world and is invaluable during this growth period in our industry, as well as a strong passion for hash and all concentrates.”

Also key to the creation of X-Tracted is co-founder Brent Miller, who is also the owner of Canndid Gardens. The connection allows them to control a portion of the trim processed at the X-Tracted labs. Not only can this can go a long way towards reducing cost for patients, but we typically see an improvement in extraction quality when the concentrate maker is familiar with the product they’re working with.

For those who don’t know, the Refine Seattle brand is actually a subsidiary of X-Tracted these days. It serves as the company’s line of connoisseur-quality concentrates.

There are plenty of variables at play when it comes to judging top shelf cannabis concentrates. For the most part, connoisseurs judge quality on the potency, aroma, taste, and aesthetic appearance of their concentrates. In turn, X-Tracted makes it a priority to address each of these characteristics.

“Only batches of concentrate that satisfy the requirements in each category are distributed under the Refine Seattle namesake.”

Only batches of concentrate that satisfy the requirements in each category are distributed under the Refine Seattle namesake. Those that miss one or two of the necessary standards are distributed at a lower price-point under the Northwest Concentrates (NWC) brand.

Mind you, any differences between the two brands are usually the result of the source material being a lower quality. In most cases, it was degraded by age, mishandling, or any number of additional variables.

Despite some of the other requirements not being met, Abernathy explains that a number of the Northwest Concentrates samples have tested higher than Refine Seattle concentrates as far as tetrahydrocannabinol (THC) is concerned. Due to this, he explains that NWC “is a great value for the patient.”

Abernathy explains that the company’s first priority is providing medical patients with clean medicine with as little solvent in the final product as possible. To achieve this goal, X-Tracted utilizes a proprietary purging method that was developed by working with lab testing facilities to determine the best temperature and time to fully purge concentrates.

Accordingly, an article published by the Northwest Leaf last year had the following to say about the newly-established concentrate company at the time: “Their thin film and vacuum purging processes have proven effective, and the products coming out of X-Tracted are almost always below 25 parts per million.”

Next on the team’s list of priorities is each batch’s terpene and cannabinoid content. Working with labs like Analytical 360 and Steep Hill Halent, X-Tracted lab-tests their concentrates to record such information.

The final consideration on X-Tracted’s list of priorities is the consistency/texture of their final product (shatter, wax, etc.). I personally would have to agree with that approach, but who doesn’t like to see those beautiful, transparent slabs of premium shatter?

According to Abernathy, X-Tracted operates completely above ground. They track all sales and pay taxes just like any other business, which will be vital as concentrates continue to become more prevalent.

The Washington State Legislature passed an initiative a few weeks ago to legalize cannabis concentrates for adult use. Although the X-Tracted team is planning to pursue the retail market, Abernathy explains that medical marijuana is the company’s first and foremost priority.

Being based in the Los Angeles, we here at Medical Jane are often disappointed by the lack of clean, connoisseur quality concentrates in the area. So naturally I had to ask the X-Tracted team whether they are looking to expand outside of Washington State. Their answer: a soft yes.

According to Abernathy, X-Tracted wants to make sure that they have the right partnerships in place before expanding their business model. When I asked about prospective locations that may be in the running, his response was simple: “everywhere.” 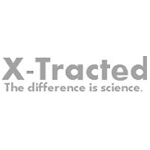 X-tracted is a team of professionals, chemists, concentrate gurus and industry insiders dedicated to the production of the finest concentrated cannabis products found anywhere in the world. The X-tracted labs use food-grade handling from start …

Refine Seattle, a subsidiary of X-Tracted, is a top-notch extraction company based in Seattle, WA. They specialize in extractions with lab-grade solvent, in order to provide premier concentrates and capsules. MANTIS_RECOMMEND = { property: '53422cdc8e92f89afbf09d5f', …