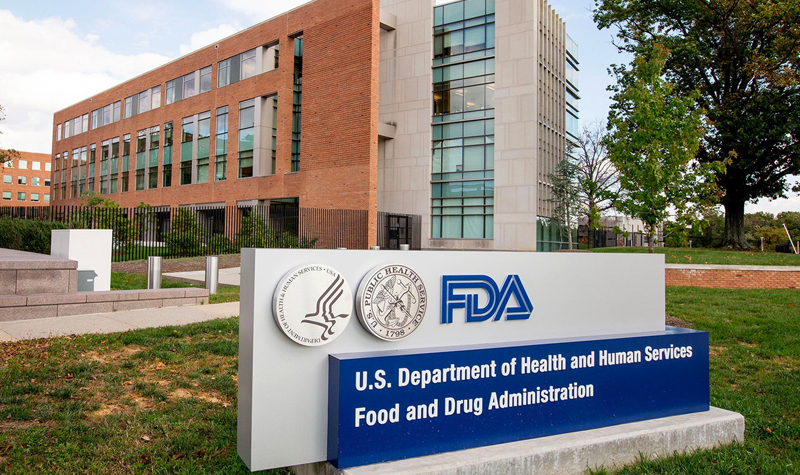 The U.S. Food and Drug Administration (FDA) is aware that cannabis and cannabis-derived products are being used for a number of medical conditions, such as AIDS wasting syndrome, epilepsy, neuropathic pain, treatment of spasticity associated with multiple sclerosis, and cancer and chemotherapy-induced nausea.

Despite this fact, the FDA has not yet approved a marketing application for a drug product containing or derived from the whole cannabis plant. It has, however, approved three cannabinoid-based medicines derived from isolated synthetics: Marinol, Syndros, and Cesamet.

Marinol and Syndros include the active ingredient dronabinol, a synthetic delta-9- tetrahydrocannabinol (THC). Cesamet includes the active ingredient nabilone, which is synthetically derived and has a chemical structure similar to THC. While these synthetic drugs are afforded cultural and medical legitimacy, as well as tax breaks and open market privileges, cannabis users and manufacturers of cannabis-based products still risk incarceration and social marginalization.

We have been fooled time and time again. Medicines touting the claim of “FDA Approved” or “FDA Registered” can lull us into into a false sense of security and safety. FDA certification of a product is never a guarantee of safety or effectiveness of anything.

Many people are curious what products the FDA supports and why. Below you will find the three different [synthetic] cannabinoid-based products that are currently FDA approved:

Marinol is the brand name for an oral form of dronabinol (dro-NAB-in-all). It is indicated for treatment of anorexia associated with weight loss in patients with AIDS, and nausea and vomiting associated with cancer chemotherapy in patients who have failed to respond adequately to conventional antiemetic treatments.

Marinol capsules contain 2.5, 5, or 10 mg of dronabinol. Marinol does not contain any actual plant cannabinoids. Created to mimic natural delta-9-tetrahydrocannabinol (THC), dronabinol is a synthetically-derived cannabinoid designated chemically as (6aR-trans)-6a,7,8,10a-tetrahydro-6,6,9-trimethyl-3-pentyl-6H-dibenzo[b,d]pyran-1-ol.

Dronabinol is a light yellow, sticky resinous oil formulated in sesame oil. It is insoluble in water and, therefore, only a fraction of the orally ingested compound reaches the patient’s circulation. This amount is further reduced by the action of the liver, which recognizes dronabinol as a contaminant, and removes it from the bloodstream. As a result, researchers have estimated that only 10 to 20 percent of the dronabinol in each capsule actually reaches its target in the body.

The important main difference between dronabinol and THC is the origin of their existence. Dronabinol is man-made and manufactured in a laboratory, while the actual THC cannabinoid is produced naturally by the cannabis plant.

The History of Marinol

Unimed Pharmaceuticals, a subsidiary of Solvay Pharmaceuticals, was initially granted approval in 1985 for Marinol in a fixed-dose pill form for nausea. In 1992, appetite stimulation was added to its indications. It was classified as a Schedule I drug until it was moved to Schedule III in 1999. Marinol is manufactured by Patheon Softgels, Inc., for Abbvie Inc.

The Cost of Marinol

The cost of Marinol varies, depending on the patient’s situation. A one-month supply often costs a patient between $200 and $800, with many reports of patients spending over $1,000. Most insurance companies will cover all or part of the cost of Marinol, or offer patient assistance programs sponsored by pharmaceutical companies to provide it free or at discounted prices to low income or uninsured and underinsured people who meet specific guidelines.

Last year, the FDA approved a new liquid formulation of dronabinol. The new version of the drug is made by DPT Lakewood LLC for Insys Therapeutics and is marketed under the brand name Syndros. Not surprisingly, Insys Therapeutics contributed at least $500,000 to Arizona’s successful anti-cannabis legalization efforts. Insys is also the company responsible for Subsys, a fentanyl-based medicine and a super opioid 50 times stronger than heroin.

It has been suggested that Syndros could generate peak annual sales of up to $400 million.

Cesamet (SES-uh-met) is the brand name for nabilone. Cesamet is a purely man-made synthetic drug that claims to activate the cannabinoid receptor CB1, which reduces proemetic signaling in the vomit center and thus inhibits nausea and vomiting. Cesamet claims it replicates the healing properties of delta-9- tetrahydrocannabinol (THC), but does not actually contain any of the constituents found in the Cannabis plant and thus, lacks the ability to tap into the entourage effect produced by whole plant cannabis medicines.

Cesamet is classified as an antiemetic. Antiemetics are medicines that help prevent or treat chemotherapy-induced nausea and vomiting (CINV). Cesamet is to be prescribed to people who continue to experience these symptoms after trying other traditional medications, specifically antiemetics, to find relief.

Nabilone is an orally active, man-made synthetic cannabinoid. In its raw form, nabilone is a white to off-white polymorphic crystalline powder. When dissolved in water, the solubility of nabilone is less than 0.5 mg/L, with pH values ranging from 1.2 to 7.0. Nabilone is (±)-trans-3-(l,l-dimethylheptyl)-6,6a,7,8,10,10a-hexahydro-l-hydroxy-6-6-dimethyl-9H-dibenzo[b,d]pyran-9-one and has the empirical formula C24H36O3. It has a molecular weight of 372.55.

A 1 mg Cesamet capsule contains 1 mg of nabilone and the inactive ingredients: povidone and corn starch. Povidone (polyvinylpyrrolidone, PVP) is used in the pharmaceutical industry as a synthetic polymer vehicle for dispersing and suspending drugs. When administered orally, nabilone appears to be completely absorbed from the human gastrointestinal tract.

In 1985, the FDA approved Cesamet when the drug was was being made by Eli Lilly and Company. According to news reports, Lilly discontinued the drug in 1989 for commercial reasons. Valeant Pharmaceuticals acquired Cesamet from Lilly in 2004. Cesamet is currently manufactured by Valeant Canada LP in Canada for Meda Pharmaceuticals.

The cost of Cesamet varies, depending on the patient’s situation. A one-month supply averages about $2,000 a month. Some insurance companies will cover all or part of the cost of Cesamet, or offer patient assistance programs sponsored by pharmaceutical companies to provide it free or at discounted prices to low income or uninsured and underinsured people who meet specific guidelines.

Other Medical Cannabis Drugs in Development

GW Pharmaceuticals is best known for its Sativex (naxibimol) oromucosal spray of a formulated extract (THC and CBD) of the cannabis plant. It has gone through many clinical trials as a treatment to relieve symptoms from multiple sclerosis. Expanding approval for the treatment of cancer pain and other applications is in the works. GW’s other notable drug is a proprietary oral solution of pure plant-derived cannabidiol (CBD) and is branded Epidiolex. This drug in the clinical trial stage as an epilepsy drug for children with uncontrolled seizures, and is also looking at expanding approval for other applications.

Cara Therapeutics is a traditional drug developer trying to expand its products to include cannabinoid-based drugs. The most developed product in Cara’s pipeline is CR845, a kappa opioid receptor agonist (KORA). The experimental drug is designed to reduce the central nervous system side effects, like pain and itching, often observed with traditional opioids, such as morphine. Another product that is gaining traction is CR701, a CB receptor agonist. In pre-clinical studies, the administration of CR701 in animals with neuropathy suggested that it could possibly serve as an alternative to opioids to treat pain.

Zynerba Pharmaceuticals is a company wholly dependent on cannabinoid therapies. Zynerba has two drugs currently in development: ZYN001 is getting ready for mid-stage trial initiation in the second half of this year as a treatment for fibromyalgia and peripheral neuropathic pain. ZYN001 is a THC pro-drug patch that the company believes could have future uses for treating chronic pain and gastrointestinal disorders; and ZYN002 is a CBD-based gel that is absorbed through the skin, and aimed at treating adult epilepsy and osteoarthritis.

Does cannabis and drugs like Marinol work the same?

The problem with medicines like Marinol is that most patients stop using it after just one round because of the side effects. Common side effects include dizziness, drowsiness, confusion, feeling “high,” an exaggerated sense of well-being, nausea, vomiting, and stomach/abdominal pain.

Can you microdose with Marinol and such?

Controlling the dosage of THC when taken in a pill form is practically impossible. To control appetite, a patient may benefit from as little as a hit or two, or a small piece of an edible. For this reason, microdosing is becoming more and more popular. However, once something like Marinol is swallowed, the patient is committed to it while it goes through the liver to be broken down and metabolised.

What are the drawbacks of synthetic THC?

The botanical version of cannabis boasts a number of positive side effects that are absent in its synthetic versions. There is overwhelming evidence that the efficacy of cannabis depends on the interaction of several or all of the compounds of whole plant medicine to create the so-called entourage effect. But there is less profit incentive for pharmaceutical companies to sell actual cannabis or whole plant extracts than there is to isolate and synthesize its components.

Why does the FDA approve synthetic THC but not marijuana itself?

It is rare for the FDA to approve or reject a botanical drug for therapeutic use, but not completely unheard of. In fact, it is not up to the FDA to reschedule or deschedule marijuana – that falls in the realm of the DEA. The FDA simply gives the go-ahead for clinical trials for drugs; however, the agency rarely receives applications for trials on cannabis. There is just no inducement for private pharmaceutical companies to invest hundreds of millions of dollars on a drug they would have no proprietary control over.

Conducting clinical research using cannabis involves interactions with several federal agencies. This includes: (1) a registration administered by the Drug Enforcement Administration (DEA); (2) obtaining the cannabis for research from the National Institute on Drug Abuse (NIDA), within the National Institutes of Health, or another DEA-registered source; and (3) review by the FDA of an investigational new drug (IND) application and research protocol. As long as cannabis remains a Schedule I controlled substance under the Controlled Substances Act, jumping these hurdles is impossible for the average business.

Why does insurance cover synthetic drugs but not medical cannabis?

The cost of medical cannabis is not covered in most cases by insurance carriers. Drugs that are covered by insurance are typically required to pass FDA approval.

Will Marinol show up on a drug test?

A basic drug test doesn’t differentiate between THC from dronabinol products and THC from real cannabis.

In a clinical study by ElSohly, et al., delta-9- tetrahydrocannabinol (THC) was prepared synthetically and tested alongside a smoked dose of THC in a placebo joint and a smoked dose of cannabis containing both THC and delta9-tetrahydrocannabivarin (THCV). Because synthetic THC is chemically the same as naturally occurring THC, it was impossible to determine in a urine specimen surrendered for a drug test the source of the urinary metabolite of THC, namely, 11-nor-delta9-tetrahydrocannabinol-9-carboxylic acid (THC-COOH).

A drug test has been proposed that would use THCV as a marker for cannabis use. The molecular difference between THC and THCV is small but detectable. THCV is a natural component, along with THC, found in most cannabis products. THCV does not exist in a synthetic cannabinoid like dronabinol. In the ElSohly study, clinical data showed that THCV-COOH is detected in urine specimens collected from human subjects only after the ingestion of cannabis (orally or by smoking) and not after the ingestion of Marinol.