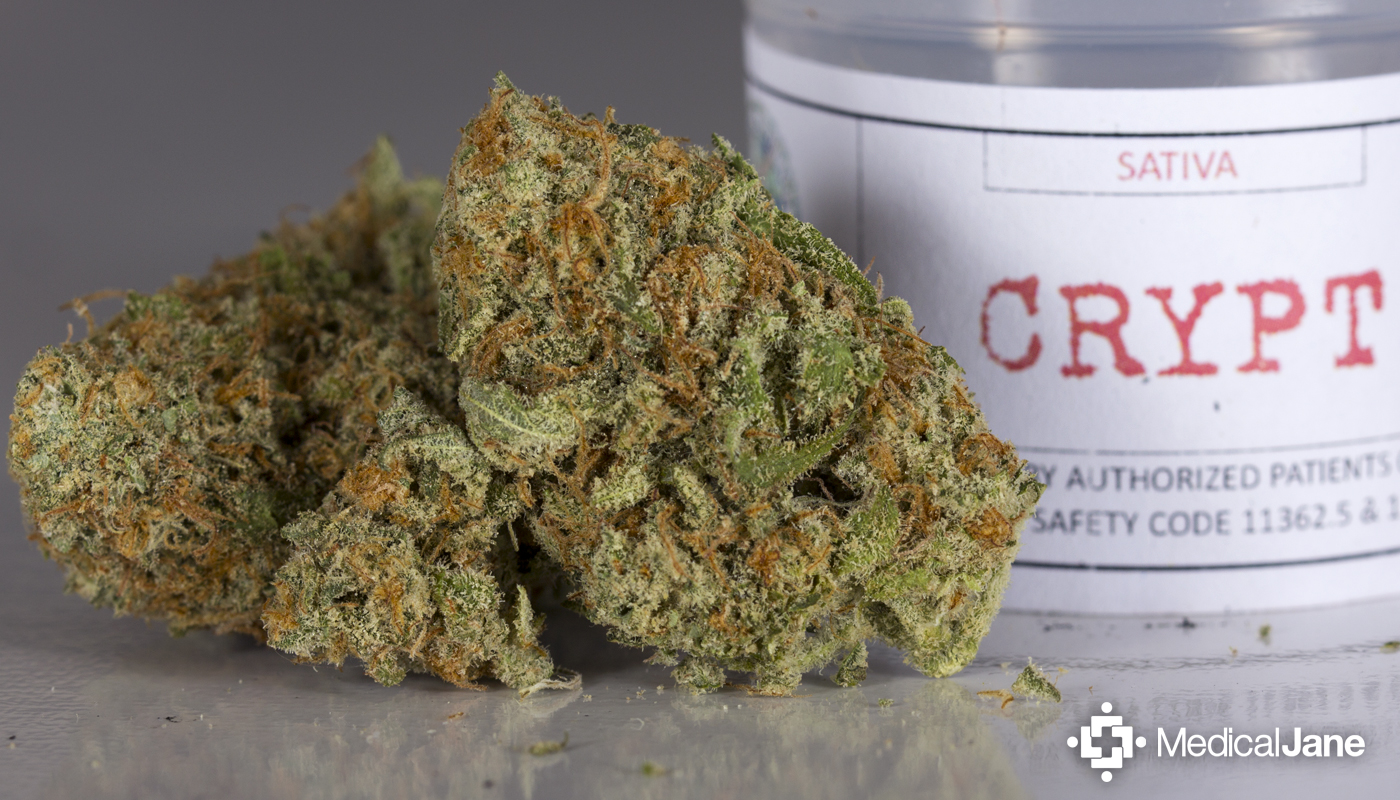 The Crypt Strain Is A Cheesy Treat With Cerebral Effects

The Crypt strain is a powerful hybrid with somewhat mysterious origins. It can carry a slightly sweet, cheesy aroma and typically packs quite the cerebral punch.

The Crypt Cannabis Strain Has No Traceable Lineage

I came across this batch of the Crypt strain on my recent trip to my friendly neighborhood collective. I was immediately impressed by the bud quality upon visual inspection, but I was just as quickly disappointed when I learned that the no one in the facility could tell me anything about the strain’s genetics.

They did, however, note that it likely has some influence from the Cheese strain because of their similar terpene profiles. Personally, I thought it smelled like a nice mix of UK Cheese and Tangie rolled into one.

After some research, I found that the Crypt strain most likely got its start in Northern California. It is said to have been grown from a bag-seed, though the precise genetics are unknown. It’s most likely a local-only cut, but I’m really not sure.

The Crypt strain’s most endearing trait may be it’s cheddar cheese-like aroma. Sure enough, that’s the first thing I noticed when I came across this batch. It’s got that distinct ‘funk’ aroma that I typically associate with the cheese strain, mixed with sweet undertones of citrus.

How Will The Crypt Strain Affect Me?

“The stoney, cerebral effects caused by the Crypt strain were similar to that of the Chemdawg strain (mind-warping) with a slightly more noticeable body buzz…”

In my experience, medicating with the Crypt strain can be very zone-inducing. This wasn’t the most impressive batch of buds by any stretch of the imagination as far as taste is concern, but man were they effective.

To explain, the stoney, cerebral effects caused by the Crypt strain were similar to that of the Chemdawg strain (mind-warping) with a slightly more noticeable body-buzz than other pure sativa strains.

Overall, I would have to say that the Crypt is best-suited for those who enjoy medicating with powerful, cheesy-tasting hybrids (ex. Crystal Coma). It provides for an extremely relaxing night and may be beneficial for those suffering from migraines, chronic stress, depression, or anxiety.