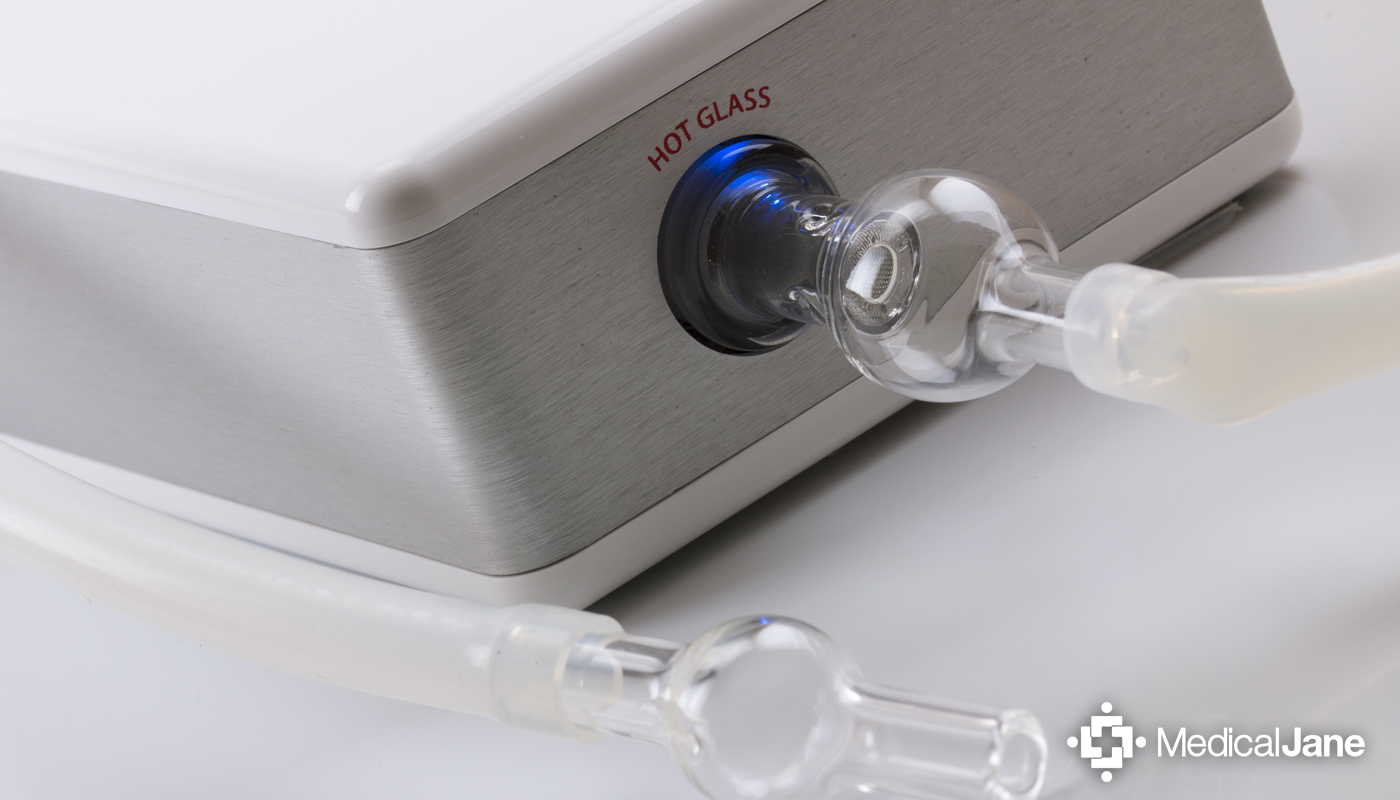 Manufactured by Vaporfection International, Inc., the viVape 2 vaporizer is a dual-use, forced air stationary vaporizer that utilizes a glass-on-glass heating element and a touch screen operating system. It is the second generation of the company’s original viVape vaporizer, and was designed to offer a similar experience to that of the Volcano vaporizer at a much lower price point.

Founded in 2003, Vaporfection has since remained dedicated to conducting extensive research on herbal vaporizers. The Florida-based company has developed a series of vaporizers with a medical grade air-path and an emphasis on aesthetically pleasing design.

The Vaporfection team unveiled the viVape in 2o11, and it was shortly followed by the viVape 2 model. Each design seemed to gain a bit of traction in the community rather quickly, and the company won “Best Vaporizer” at the 2012 Kush Expo in LA.

Perhaps the most intriguing aspect about Vaporfection is that the company is focused on more than just one style of vaporizer. In addition to the stationary viVape series, Vaporfection unveiled the miVape – a medical-grade portable vaporizer – at the CHAMPS Trade Show in Las Vegas earlier this year.

As a result of the company’s success, plus the promise offered by the patented Vapor Glass™ and Vapor Touch™ technology that comprises their devices, Vaporfection International, Inc. was acquired by MedBox, Inc. in 2013.

Our team had an opportunity to see a demo of the Vaporfection viVape 2 at CHAMPS in January, and I was excited for an opportunity to review it. Due to it’s design and price-point ($299), the viVape 2 is most often compared to the Vapir Rise and the Arizer Extreme Q vaporizers.

Although it is slightly more expensive than each of the other those, the user-friendly design and glass-on-glass heating element make the price difference justifiable in my mind. There is significantly less assembly required with the Vaporfection viVape 2 compared to the Vapir Rise, which has 21 parts altogether.

Vaporfection offers two different colors of the viVape 2: White and Black. As you can see from the photo gallery, we decided to go with the white model.

It arrives with all the necessary components, and the Vapor Touch™ operating system makes the viVape 2 extremely simple to operate once assembled. Of course, that’s not to say that it is without faults, but we’ll get to that later.

Although it is not a necessary part the equation, Vaporfection also offers an optional accessory for those who prefer moisture-treated vapor. The Vaporfection Aqua Vape is a water pipe attachment that can be used to cool the vapor, somewhat like the VapeXhale Cloud EVO.

However, the vapor must first pass through the silicone tubing, whether you use the vape in whip mode, bag mode, or with the Aqua Vape attachment.

Upon opening the viVape’s packaging, I was disappointed to see that Vaporfection didn’t put more thought into the valve system on their vapor bag. It looks to be cheaply made and I would much rather have seen something along the lines of the Vapir Rise valve system.

The worst part… the bag is held meant to be held together with a zip tie. I know that I’m not alone when I say that paying $300 should constitute something a bit more innovative than zip ties. Of course this isn’t an issue if you use the viVape 2 in whip mode, but its continuous forced-air design makes it very easy to waste vapor.

Nonetheless, the viVape 2 vaporizer unit looks pretty close to something that Apple would design if they decided to dabble in the realm of vaporization (although I’d like to give Steve Jobs a bit more credit about the sort of device he would have created).

It utilizes a glass-on-glass heating element that is attached with silicone tubing to (A.) a glass mouthpiece for whip mode, (B.) the valve system for bag mode, or (C.) the Aqua Vape (not reviewed). Complete the following steps, and you will be well on your way to a enjoying your way to vaporizing with the Vaporfection viVape 2:

Keep in mind that the fan in the viVape 2 can not be turned off during use. Due to to this, it is advised that you remove the whip from the from the glass heating chamber after each draw; otherwise you will waste a great deal of vapor, and the constant heat could cause the glass herbal container to break with prolonged exposure.

While this can be quite annoying, it affords the opportunity to stir the load between each draw, which can be beneficial for even vaporization.

As was the case on Hand/Whip Mode, the fan can not be turned off during use (it most likely serves to help keep the unit from overheating). So, you will want to remove the whip from the glass heating chamber when the bag is not being filled in order to avoid wasted vapor.

What We Liked About The viVape 2 Vaporizer

First, let’s get any comparisons with the Storz and Bickel Volcano vaporizer out of the way. I personally would not put the two devices in the same league (I repeat…zip ties?), but the viVape 2 definitely holds its own among the other units within its class.

In all honesty, I would most likely reach for the Vapir Rise over the viVape 2, particularly when using the units in balloon mode. However, I do believe that Vaporfection could make a serious splash when they make improvements to their next model – especially if they can put their investment capital from MedBox to good use.

Best Deal From Around The Web
starting at [[bestOffer().price | currency]] + Free Shipping
starting at $199.00 + Free Shipping
The above pricing is based on US residents with no tax obligation. Please wait while we detect your location and show more accurate pricing.
We were unable to load pricing based on your location, the above price is assuming US shipping with no taxes.
Available from 12 sellers
Buy this product