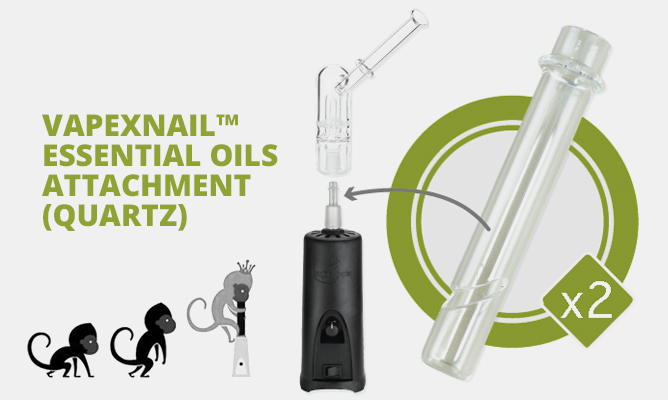 Manufactured by VapeXhale, the VapeXNail is an attachment that allows you to vaporize cannabis concentrates with the Cloud EVO stationary vaporizer. It has received rave reviews from patients and dabbers alike, so we decided to see what the buzz is all about.

Based in San Francisco, VapeXhale is a technology driven, health company whose focus is to create and provide superior vaporization products. It was founded in 2009 by Seibo Shen (CEO) and Chris Murcha (CFO) with intentions to create the ultimate vaporizing machine.

VapeXhale has successfully branded itself as a company driven to provide consumers with quality, healthy vapor. They saw a gap in the stationary vaporizer market and acted accordingly, releasing the original Cloud unit in 2012.

Next came the VapeXhale Cloud EVO, which offers some notable improvements over the original model. That being said, their patented PerpetuHeat System (PHS) is still a major selling point for VapeXhale. It utilizes a ceramic heating element that wraps around the all-glass vapor path for supreme vapor quality and taste. Due to the PHS, the Cloud EVO quickly varies the amount of heat required based on the users inhalation style. So, the consumer doesn’t need to adjust their inhalation style to the vaporizer in order to achieve optimal vapor production.

According to the VapeXhale website, the Cloud EVO’s base price is set at $449.99. However, most consumers opt for a HydraTube due to the Cloud EVO’s ability to produce copious amounts of vapor; the moisture conditioning and diffusion definitely help to smooth the vapor out. The company offers various styles of glass HydraTubes (and more are in the works), ranging in price from $175-$375.

“The VapeXNail attachment has received great reviews from some of the biggest names in the industry.”

We previously reviewed the Cloud EVO unit itself, and their team hinted that the VapeXNail (which wasn’t yet released at the time) could disrupt the dabbing community for its ease of use and convection vaporization principles.

As it turns out, their predictions were right. The VapeXNail attachment has received great reviews from some of the biggest names in the industry, including Coral Reefer (shown below) and Mortimer Says. They are available in packs of 2 ($50) and packs of 5 ($115).

How To Use The Cloud Evo With The VapeXNail Attachment

Normally, I would take the time write out a number of steps about how to operate the Cloud EVO with the VapeXNail attachment. However, Coral Reefer’s video review does a good job of explaining the process – fast forward to the 7:23 mark for the concentrate portion of her review:

One portion of the review that I would personally disagree with is the temperature control. While Coral turns her unit nearly as high as it goes, I tend to start with the dial at about 1 o’clock so as to preserve the terpenes and enjoy slightly better tasting vapor. Of course, this is largely based on personal preference and you’ll find a routine that works best for you.

Once the light turns green, slide your loaded VapeXNail into the top of the Cloud EVO and wait until you see your concentrate start to melt down into a pool of liquid. Vapor will start to rise at this point – place your HydraTube atop the unit and begin to draw slowly to let the vapor build. When you’re ready to inhale the cloud of vapor, detach the Hydratube and draw harder to let air (and vapor) flow through the water and into your lungs.

What surprised me most about the VapeXNail attachment is the level of efficiency it has in vaporizing concentrates. One normal sized dab is able to produce as many as 3 clouds of vapor in my experience.

That being said, the last cloud of vapor tends to be much less aromatic and has a bit of a burnt popcorn taste. Seibo Shen suggests that patients let the rest of the concentrate “burn off” once this happens. In order to do this, turn the dial clockwise until it won’t go any further; the remaining concentrate will be completely vaporized in a matter of seconds. Just be sure to let the piece cool off before touching it to put it away, as it may still be hot for a few moments.

What We Liked About The Cloud EVO + VapeXNail Attachment

After using the VapeXNail for the past few weeks, I can see why it has been so well received. I’ve never been too happy with the performance of other vaporizers when it comes to concentrates, but this was a different experience entirely.

“If you are in the market for a stationary vaporizer that is capable of delivering tasty vapor from both concentrates and dry herbs, you will definitely want to consider the Cloud EVO with the VapeXNail attachment.”

Its ability to hold a consistent temperature and the glass-on-glass vapor path really make it a unit that most connoisseurs will be happy with. Combine that with the true convection vaporization principles and you’ve got the recipe for a high-quality vaporizer in my mind.

Without a doubt, the biggest knock on the Cloud EVO with the VapeXNail attachment is its price point. With the unit itself ($450), one HydraTube ($175-$375), and a 2-pack of VapeXNails ($50), you’re looking at a minimum cost of $675. Even still, I feel confident in saying that it’s worth the price. It is much more efficient with your meds, and over the course of a few months (or less if you are a heavy user) the unit will pay for itself.

I already considered the Cloud EVO to be one of the best vaporizers on the market – its only true competitors right now as far as quality is concerned are the traditional Volcano vaporizer and the Herbalizer. That being said, the addition of the VapeXNail attachment puts it over the top for me. If you are in the market for a stationary vaporizer that is capable of delivering tasty vapor from both concentrates and dry herbs, you will definitely want to consider the Cloud EVO with the VapeXNail attachment. 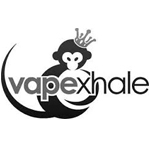 VapeXhale is a technology driven, health company whose focus is to create and provide superior vaporization products. They are dedicated to creating products that satisfy the most sophisticated vaporists.VapeXhale was founded by two friends who …