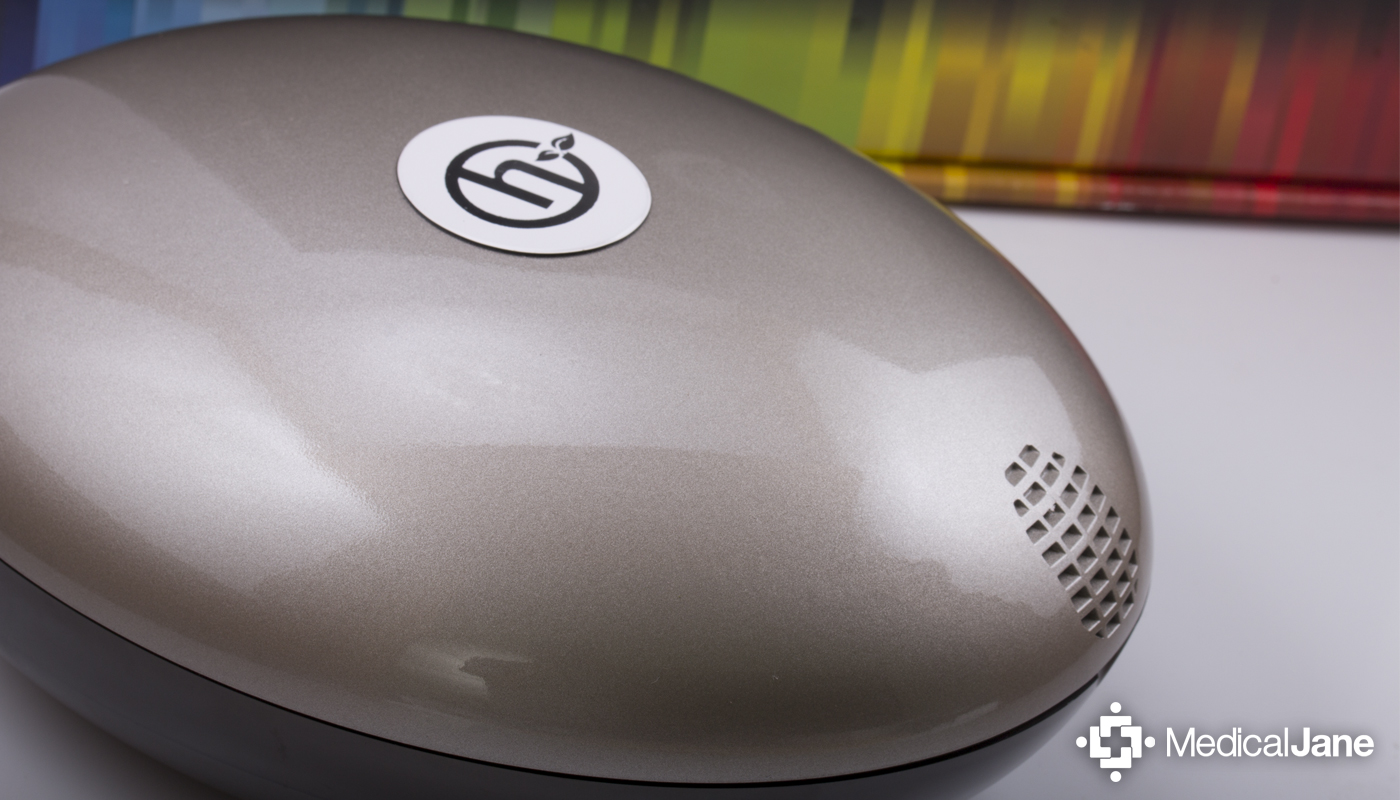 The Herbalizer Might Just Be The World’s Smartest Vaporizer

Designed by two former NASA engineers, the Herbalizer is being touted as the world’s first smartvape™. It is capable of vaporizing flowers and concentrates in VaporTherapy™ mode, and diffusing essential oils in aromatherapy mode.

Based in San Diego, Herbalizer is relatively new to the vaporizer space. Nonetheless, they took great care to create a vaporizer unlike any other.

A number of businesses have focused their efforts on developing next-generation vaporizing solutions. While companies like UpToke, Firefly, and Indica have approached the market from the angle of portable vaporization, a few companies are taking a slightly different route.

Herbalizer saw a gap in the home use medical vaporizer market for people who require consistency and repeatability with instantaneous delivery. Acting accordingly, they released The Herbalizer (aka Herbie) in late 2013.

Judging from its retail price ($729), Herbie is most comparable to the Volcano from Storz & Bickel. However, the technology that went into it is unlike anything else that I’ve personally encountered.

According to Josh Young, CEO and President, Herbalizer is “creating ways to change lives in ways previously thought impossible,” much like Apple did when creating the early generations of smart phones. With its smart technology, discreet medical design, versatility, rapid heat up time, and impressive ability to deliver a controlled and repeatable experience, Herbie is the world’s first smartvape™.

Herbie is a first generation vaporizer, but the Herbalizer team is no stranger to technology. Young and his co-founder, Bob Pratt, have 35 years combined aerospace experience, and each spent a considerable amount of time working for NASA before embarking on a mission to create a vaporizer easy enough for their mothers to use.

“Herbie has a sensor directly under the chamber/bowl for precise temperature control (between 290° and 445° F).”

As mentioned above, The Herbalizer retails at $729. While this is clearly one of the most expensive vaporizers on the market, it’s not unreasonable when you consider the range of use and innovative technology under the hood.

For instance, The Herbalizer utilizes a small 300 watt halogen light bulb as the heat source. It is capable of reaching temperatures as high as 800° F, which explains the need for another Herbie innovation – it has a sensor directly under the chamber/bowl for precise temperature control (between 290° and 445° F). Most vaporizers on the market gauge the temperature from the heater itself, leaving it up to the consumer to reach the desired effects with some guesswork involved. (Note: Lower temperatures typically cause more uplifting, anxiety-relieving effects and higher temperatures are typically good for pain relief.)

The Herbalizer is a 100% percent convection vaporizer, meaning that air passes over the heat source and, in turn, vaporizes the desired elements (herbs, concentrates, etc.) in the chamber.

How To Use The Herbalizer Vaporizer

I was lucky enough to get my hands on a limited edition Herbalizer, which arrived in a package that doubles as a carrying case. Upon opening the package, I was happy to see that it comes with (4) SqueezeValve™ balloons (vapor bags) included.

Aesthetically speaking, The Herbalizer looks like a mixture of an egg and a UFO, and opens like a clam shell. It is sleek and totally inconspicuous to the untrained eye – only people in the know will have a clue that it is a vaporizer upon first glance.

As I mentioned earlier, Herbie has multiple uses. Its Aromatherapy setting boasts two different fan speeds, one of which is incredibly low (and quiet) to allow essential oils to fill the room. On the VaporTherapy™ setting, patients are able to make choose between vaporizing with A.) a silicone whip, B.) Herbie’s patent-pending SqueezeValve bag system, or C.) freestyle vapors directly from the bowl to fill a small room. Complete the following steps, and you will be well on your way to Herbalizing:

What We Liked About The Herbalizer Vaporizer

How Could The Herbalizer Be Improved?

The Herbalizer: The World’s First Smartvape™

Herbie is certainly worth buying if you can afford the price tag ($729). Despite my preference I personally will be keeping it in the rotation to vaporize flowers, considering how fast and easy the unit is to operate.

“The rapid start-up time and precise temperature control make this one of the most impressive flower vaporizers that I’ve ever seen.”

The Herbalizer impressed me overall – I can honestly say I would feel comfortable giving this unit to my mother and she would have no problem figuring it out. The design is sleek, and there is no shortage of innovative technology at work here.

The rapid start-up time and precise temperature control make this one of the most impressive flower vaporizers that I’ve ever seen. It is easy to operate and is among the best options available for medical marijuana patients.

Best Deal From Around The Web
starting at [[bestOffer().price | currency]] + Free Shipping
starting at $599.00
The above pricing is based on US residents with no tax obligation. Please wait while we detect your location and show more accurate pricing.
We were unable to load pricing based on your location, the above price is assuming US shipping with no taxes.
Available from 10 sellers
Buy this product