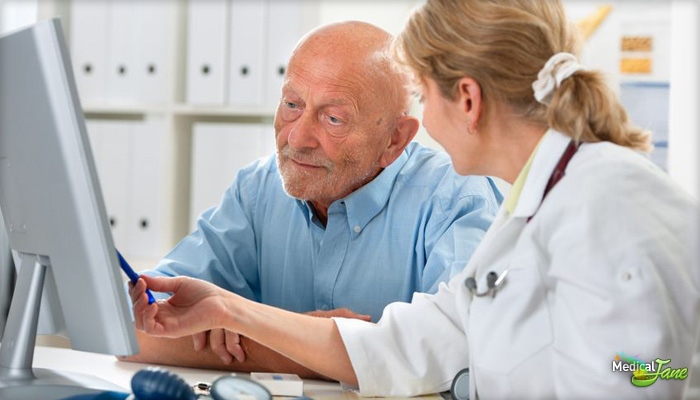 Many doctors, whether they are for or against advising people to use medicinal marijuana, choose not to endorse smoked marijuana as a medicinal therapy.

Many of these same physicians make the argument that there are two prescription cannabinoids available, Marinol and Cesamet, that patients should be ingesting orally in contrast to smoking raw cannabis. However, these doctors fail to recognize one thing…patients can grow their own cannabis and ingest cannabinoids without the help of pharmaceutical companies! So why aren’t they suggesting patients do so?

If a physician doesn’t believe that smoking cannabis will provide any medicinal benefits, they should be telling patients to juice cannabis or ingest high quality hemp oil instead. Juicing cannabis and ingesting oils from the plant can basically be done for free, and the best part is that this treatment plan does’t require bi-weekly doctor visits. A small dosage every day taken orally has been known to do wonders for patients.

“These cannabinoids and terpenoids in cannabis act synergistically in a way that cannot be replicated in a petri dish.”

Rick Simpson has been doing it for years and has successfully treated over 5,000 people (free of charge) with his extract that has been coined, “Rick Simpson Oil” or “RSO” for short. This high quality hemp oil contains all the beneficial cannabinoids and terpenes that can be extracted. These cannabinoids and terpenoids in cannabis act synergistically in a way that cannot be replicated in a petri dish. That is why isolating single cannabinoids is not, and never will be the solution to utilizing the medicinal benefits of cannabis.

Not to mention, there is no reason anyone should have to pay a pharmaceutical company for a medicine that can be grown for free in a backyard garden. Maybe that is exactly why we’re in the place we’re at today…

Should Patients Have To Consult A Physician About Cannabis?

The cannabis community needs to pose the question of whether cannabis should even be something that a doctor needs to be consulted about. After all, as much as we love cannabis, in the end it’s just a weed. It is a naturally growing flower that has medicinal benefits; just like tons of other herbs that have been used medicinally for thousands of years. It should be treated no differently.

“[J]ust because people choose to smoke marijuana, does not mean that this is the most beneficial means of ingestion.”

Instead, our society has demonized this herbal remedy and has been brainwashed to believe that it is some sort of plant made by the anti-christ himself.

What some people struggle to realize is that just because people choose to smoke marijuana, does not mean that this is the most beneficial means of ingestion. While it does have many positive effects on patients such as stress and pain relief, there are more proven benefits to be had by other means of ingestion.

To be extremely clear, we are not saying that smoking cannabis has no medicinal benefits. We are merely suggesting that ingesting it’s oils and juicing fresh flowers and leaves may be a more effective means of medicating.

That is why we are extremely concerned with the laws that are going into place that restrict a patients right to cultivating their own cannabis at home; like the one in New Hampshire that passed recently. Many patients simply do not have the money to pay dispensary rates for their meds. For those not willing to subject themselves to toxic prescription drugs, home cultivation may be the only option.

Access to a constant, fresh supply of cannabis leaves and flowers is essential to patients who are using cannabis as a medicine. In a short film entitled ‘Leaf‘, a doctor by the name of William L. Courtney provides some insight into the benefits of ingesting cannabis in its raw form.

“You are walking away from 99% of the benefits cannabis provides when you cook or smoke cannabis.”– Dr. William L. Courtney

As a dietary raw cannabis specialist, Dr. Courtney is a strong believer in the plants healing powers. While he recognizes the fact that smoked cannabis can in fact be used as a medicine, he believes that in its best form (raw), it is a preventative.

Dr. Courtney believes that cannabis is the “most important vegetable on the planet,” and believes that it assists the function of your immune system, provides anti-inflammatory benefits, improves bone metabolism, and enhances neural function. According to the doctor, you are walking away from 99% of the benefits cannabis provides when you cook or smoke cannabis.

That being said, physicians may be right by advising against smoking cannabis as a medicinal therapy (though we think there are medicinal benefits). However, if they truly believe that, they should be recommending alternative delivery methods for patients to explore when someone asks about a recommendation for treating themselves with cannabis; not trying to replicate nature in a laboratory to fill more prescriptions.

To read more about the benefits of raw cannabis, visit our juicing article.