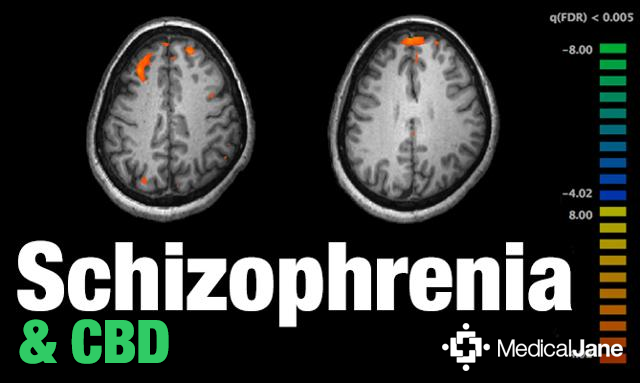 Accordingly, a number of researchers seem to have experienced a change of heart, and are looking to investigate the potential role of cannabis in schizophrenia therapy. A group of Brazilian researchers, led by Raquel Levin and Fernanda F. Peres, published a study last month in the journal Frontiers in Pharmacology that sheds further light on the matter, investigating an assortment of cannabinoid treatments.

Schizophrenia is a chronic psychological disorder that affects around one percent of the American population. There are a number of signs and symptoms of the condition, but it is most often associated with hallucinations/delusions, disorganized thinking, and anhedonia (lack of pleasure for everyday life).

There is no cure for schizophrenia, and existing treatments are primarily aimed at controlling symptoms. Many of the treatments commonly used have the potential to cause a laundry list of side effects, including increased sensitivity to light, seizures, and attention deficits.

“WIN55212,2 and cannabidiol (CBD) proved to successfully reverse any sensory gating deficits in the schizophrenic mice.”

Using a specific strain of rats as an experimental model, the Brazilian research team investigated an assortment of cannabinoid treatments.

The researchers were particularly interested whether treatment would improve sensory gating, which is essentially the brain’s ability to block out unnecessary stimulation (e.g. constant humming from the air conditioner). With that said, they administered each cannabinoid in varying doses in order to determine the superior route of treatment.

According to their results, 1 mg/kg of WIN55212,2 proved to successfully reverse any sensory gating deficits in the schizophrenic mice. The same effect was reached with 30 mg/kg of cannabidiol (CBD), which has been the center of attention as far as cannabinoids are concerned. This is largely due to the understanding of CBD as a safe molecule, something that cannot be said of WIN55212,2 and other synthetic cannabinoid agonists.

In summary, the research team offered the following conclusion: “Our results reinforce the role of the endocannabinoid system in the sensorimotor gating impairment related to schizophrenia, and point to cannabinoid drugs as potential therapeutic strategies.”

Of course, FDA-approved clinical trials will likely be required before medical marijuana is permitted for schizophrenia treatment in America.