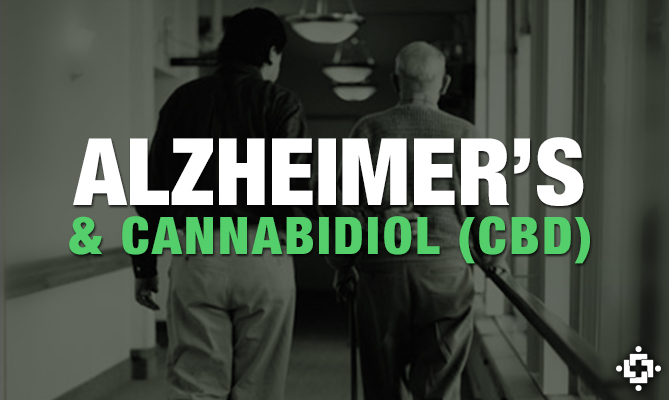 There is a great deal of evidence suggesting that cannabis is beneficial for the prevention and treatment of neurodegenerative diseases. It shows particular promise in the case of Alzheimer’s disease, and Clint Werner covers the topic in detail in his book Marijuana Gateway to Health.

With that said, a group of Australian researchers, led by Dr. Tim Karl, published a study in this month’s edition of Psychopharmacology that offers further insight. It suggests that cannabidiol (CBD) can help reverse some of the cognitive effects associated with Alzheimer’s.

Alzheimer’s disease is the most common form of dementia (“a general term for a decline in mental ability severe enough to interfere with daily life”) and places a major burden on those closest to the patient; it can take a toll on the caregiver financially, psychologically, and socially.

Despite the disease’s prevalence, there is little understanding about its cause and progression. Research suggests development of the disease is related to plaque formation in the brain, inflammation, and oxidation, among other factors. Often, the most noticeable symptom of Alzheimer’s disease is a decline in cognitive abilities, including an inability to recognize familiar faces.

“It basically brings the performance of the animals back to the level of healthy animals.” – Dr. Tim Karl

Of the mice included in the study, half received daily injections with 20 mg/kg of CBD for three weeks. Researchers measured their ability to perform a number of cognitive tasks, including social recognition, and compared the results with the group that did not receive treatment.

According to their findings, the disease caused impairments in social recognition and novel object recognition compared to wild-type mice (i.e. healthy mice, those with no abnormalities). Cannabidiol (CBD) seemed to reverse the effects.

Explaining his team’s results to The Sydney Morning Herald, Dr. Karl had the following to say: “It basically brings the performance of the animals back to the level of healthy animals. You could say it cured them, but we will have to go back and look at their brains to be sure.”

Of course, these results make sense when you consider the abundance of scientific evidence that suggests cannabis is beneficial for brain development. In fact, the plant has been linked specifically to neurogenesis – the establishment of new neurons in the brain. Further research is needed to gauge whether or not cannabidiol administration will prove to be useful in the prevention or treatment of Alzheimer’s disease.

For an overview of the potential of cannabinoid medicine use for the management of Alzheimer’s disease, click here.