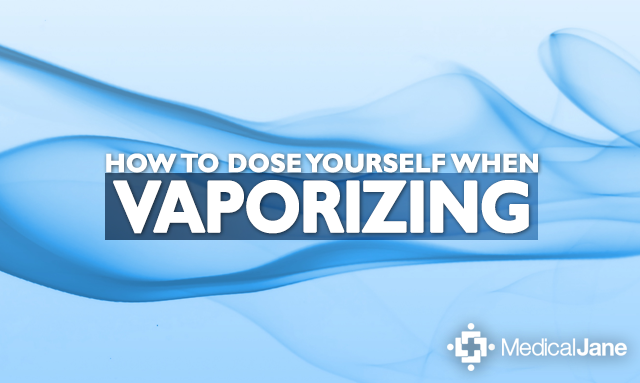 How To Dose Yourself When Vaporizing Medical Marijuana

As states like Minnesota and New York are passing medical marijuana bills that disallow smoked cannabis, vaporization is becoming an increasingly popular intake method for patients. Studies have shown that vaporized cannabis could help treat a plethora of conditions, including neuropathic pain.

However, there is relatively little information available as to the science behind how each individual vaporizer performs. It is with this in mind that the research team at Massachusetts Cannabis Research Labs (MCR Labs) decided to conduct a series of experiments and publish their White Paper – Dosing Cannabis Accurately Using A Vaporizer.

According to Michael Kahn, President and Founder of MCR Labs, the team set out to provide patients with quantitative data to help them answer some of the most common questions asked by patients when vaporizing.

The main questions that he wanted to answer include “How much of a given cannabinoid is being consumed with each draw,” “how many draws before all the beneficial compounds have been extracted,” and “What is left behind when you finish vaporizing?”

“MCR Labs found that the active cannabinoids were consumed after 40 draws, at a rate of 0.3 mg of tetrahydrocannabinol (THC) per draw.”

By answering these questions, Kahn and MCR Labs research team believe they can help patients more consistently and accurately dose themselves with their vaporizer of choice. The first unit chosen for investigation was the Magic Flight Launch Box.

In order to attain the required data, they used a batch of an Indica-dominant hybrid named Mango. They then proceeded to record the cannabinoid profiles of an unused sample, and the same sample after various usage times.

As explained in the MCR Labs White Paper, tests were conducted in a laboratory setting under “carefully controlled conditions.” The researchers outlined their procedure as follows:

According to the results, “MCR Labs found that the active cannabinoids were consumed after 40 draws, at a rate of 0.3 mg of tetrahydrocannabinol (THC) per draw.”

It’s important to note, however, that the cannabinoid profile was “significantly altered” over the course of 30+ draws. There was a decline in maximum THC (a theoretical equation that accounts for THC and THCA) and an increase in cannabinol (CBN), as shown in the graph below.

With so many different models of vaporizers available today, it would be impossible come up with precise data that applies to each individual vaporizer on the market – the same experiment must be performed on each model (with repeatable results) to be deemed truly valid across the map.

The MCR Labs research team are very aware of this fact, and they plan to replicate this experiment with many more vaporizers, while exploring the role that varying cannabinoid levels in the original material could play. They are referring to their plan as the Vape Ex Program, and Kahn hopes to see vaporizer companies start putting this information in their instruction manuals.

Still, this particular experiment should be considered a great start. Patients who use the Magic Flight Launch Box as described above can use these results to gain more knowledge about vaporizing with their unit. 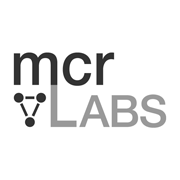 MCR Labs is an ISO-17025 accredited state-of-the-art medical marijuana testing laboratory located in Framingham, Massachusetts. Their mission is to ensure safety and efficacy of medical cannabis in Massachusetts.In addition to the traditioanl quantitative analysis of …