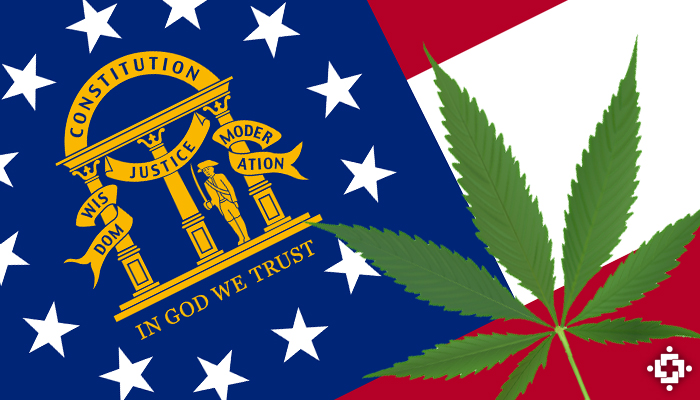 ATLANTA, GA — A measure to implement a restricted medical marijuana program is gaining momentum in Georgia. State Representative Allen Peake (R-Macon) introduced a bill Tuesday that would legalize a non-psychoactive strain of cannabis for a limited number of patients.

A particular strain of medical marijuana with high concentrations of cannabidiol (CBD) would only be made available to those suffering from severe seizure disorders, such as Dravet’s Syndrome.

Mr. Peake says his measure was prompted by a 4-year-old in Georgia who suffers from a severe seizure disorder. He said that seeing her reminded him of his own granddaughter, who is about the same age.

“It made me realize that if this was my child or my grandchild, I’d be moving heaven and earth to get this legislation passed to provide some hope and relief to these families,” he explains.

“It made me realize that if this was my child or my grandchild, I’d be moving heaven and earth to get this legislation passed…” – Rep. Allen Peake

Medical marijuana is legal in 20 states as it stands. Erik Altieri, Communications Director of NORML, similar laws are being considered in as many as 10 more states, including Florida, Alabama, Kentucky, and Tennessee.

“Traditionally, this was the realm of Democratic lawmakers. But we’re beginning to see a lot more Republicans get behind this issue,” Mr. Altieri said. “It really seems like finally, legislators are catching up with the will of the people.”

Cannabidiol (CBD) has come to the forefront of cannabinoid science in recent years. Its lack of psycho-activity seems to quell the fears that some people have about medical marijuana and tetrahydrocannabinol (THC). Still, those knowledgeable about the endocannabinoid system (ECS) suggest that placing such restrictions on medical marijuana could be a detriment to patients.

“One size doesn’t fit all with respect to cannabis therapeutics, and neither does one compound or one product.” – Martin Lee

Martin Lee, Director of Project CBD, reports that CBD-rich cannabis products are not an inherently better treatment option. According to him, strains with high concentrations of THC can be more effective than CBD-rich products for some epileptics.

Sharing this sentiment is Mr. Lee. “One size doesn’t fit all with respect to cannabis therapeutics, and neither does one compound or one product,” he explains.

Martin A Lee is an activist, journalist, and author who has published a number of works, including Smoke Signals: A Social History of Marijuana – Medical, Recreational, and Scientific. He is Co-Founder & Director of …