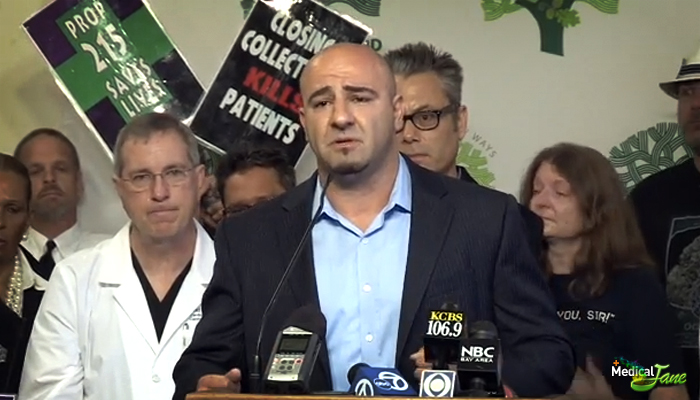 “Jayden’s life was being tortured by pharmaceutical drugs and from seizures,” said Jason David, father of 7-year-old Jayden who suffered from the seizures caused by his dravet syndrome nearly every day of his life until he was about five.

Many of Jayden’s seizures lasted up to two hours according to Jason, who had no choice but to stand by and watch his son suffer for years of his life. This is until Jason discovered cannabidiol (CBD), the second most abundant cannabinoid found in Cannabis.

Research suggests that CBD may be useful in treating symptoms of rheumatoid arthritis and other autoimmune diseases, diabetes, schizophrenia, nausea, damage from chemotherapy and carcinogens from smoking, bowel disorders, and may even combat neurodegenerative diseases, like Alzheimer’s, Parkinson’s, and Huntington’s. One side effect in particular that CBD has shown significant promise in treating are the seizures associated with epilepsy.

The cannabinoid has already received some deserved attention for this medicinal benefit in its recent public debut on Dr. Sanjay Gupta’s “Weed” documentary. In the documentary the doctor is introduced to Charlotte Figi, a six-year-old who previously suffered from violent seizures that hit her 40-60 times a day until she started taking CBD to control the symptoms.

“I gave it to my son in a liquid form. It is non-psychoactive and it was the first day he went seizure free in his life.” – Jason David

Her seizures have since dropped from nearly 1,200 a month to three, and each episode is shorter and less detrimental to her body than the last. She’s off all of her medications, and now has her own strain that dozens of pediatric patients are using named ‘Charlotte’s Web’.

The strain, grown by the Stanley brothers, is super low in THC (the psychoactive component in cannabis) and rich in CBD, which is extracted and mixed into an olive oil solution. The tincture is non-psychoactive, so it allows Charlotte to function like a typical 6-year-old girl, something her parents thought they would never see.

As one of the youngest medical marijuana patients in Colorado, her dramatic success story is garnering some attention from families across the country like Jayden’s who are suffering from similar circumstances.

When Jason began giving his son CBD, he was taking 20 pharmaceutical pills a day. “I gave it to my son in a liquid form. It is non-psychoactive and it was the first day he went seizure free in his life,” said David. “Jayden’s seizures are down approximately 80%. Jayden is functioning now. The doctors told me Jayden would never walk or talk.”

Doctors told Jason that his son would most likely have issues with simple tasks such as making sounds and pushing buttons; CBD completely eliminated those worries. Jayden suffered from withdrawals from being taken off the 20 prescription pills he was taking, which his father has now reduced to just one.

All Jayden needs now is a small amount of the non-psychoactive CBD oil orally once each day to combat the symptoms of his severe epilepsy. However, CBD is hard to come by in the family’s hometown of Modesto, CA. Jason was only able to find the extract at one dispensary in the town before it was shut down.

Jason plans to take the stand tonight at his city council meeting in Modesto to plead his son’s case. “It is a life or death situation for our children. We are parents, not potheads. I consider myself a caregiver. I should not have to feel like a criminal,” said David.

A local UNO Chicago Grill donated 20% of their days proceeds yesterday to the Jason & Jayden’s Journey Foundation, going to help the young boy and others dealing with similar struggles.