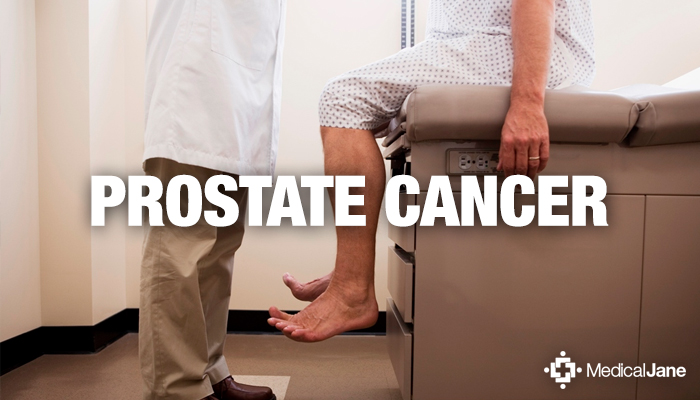 Study: Medical Cannabis May Inhibit The Spread Of Prostate Cancer

At this point, it is no secret that the medical cannabis has been used to effectively treat a variety of cancers. Anecdotal success stories are popping up with increased prevalence. In turn, consideration for cannabis concentrates (RSO, BHO, Solventless Wax, etc.) as a viable treatment for cancer is on the rise.

In 2009, a team of researchers from the University of Alcalá in Spain published a study in the British Journal of Cancer that adds merit to the thought. It suggests that cannabinoid treatments could inhibit prostate cancer cell growth through activation of the CB2 receptors.

The PC-3 cell line is often used to represent the development of human prostate cancer. According to the Spanish research team, the cell line has been found to express high levels of CB1 and CB2 receptors.

In the past, the same research team has shown that cannabinoids can inhibit growth and even trigger apoptosis (programmed cell death) in the PC-3 cell line. This study in particular was intended to investigate the role of the CB2 receptor specifically.

According to the results published in the British Journal of Cancer, the University of Alcalá research team found that a chemical similar to anandamide (the body’s natural version of THC) inhibited PC-3 cell growth. They experienced the same results with JWH-015, a synthetic CB2 receptor agonist.

“CB2 agonists have potential therapeutic interest and deserve to be explored in the management of prostate cancer.” – Professor I Díaz-Laviada

With that said, cannabinoid-induced benefits were seemingly reversed by inhibiting activation of the CB2 receptors. Cannabinoid treatments did not fight cancer cell proliferation with the same vigor once the CB2 receptors were down-regulated.

Accordingly, the Spanish study concludes that activation of the CB2 receptors could play a major role in the inhibition of prostate cancer growth. It reads, “CB2 agonists have potential therapeutic interest and deserve to be explored in the management of prostate cancer.”

It should be noted that most synthetic cannabinoids, like JWH-015, are full agonists that can be result in complications to the way in which they bind. The larger the dosage of a full agonist, the higher the severity of the effects. Receptors are always activated and creating more of a specific neurotransmitters (endorphins, serotonin, dopamine, etc.) in the brain.

Some examples of full agonists include methadone, codeine, oxycodone, morphine, and heroin.

Full agonists can be dangerous in the case of cannabinoid receptors as well. JWH-018 and other synthetic cannabinoids have been banned in nations around the world, including the US. This was after they were discovered in the contents of “incense” products, like Spice and K2, and connected to Psychosis and convulsions, among other conditions.

Tetrahydrocannabinol (THC) and cannabidiol (CBD) are each partial agonists of the CB2 receptor.