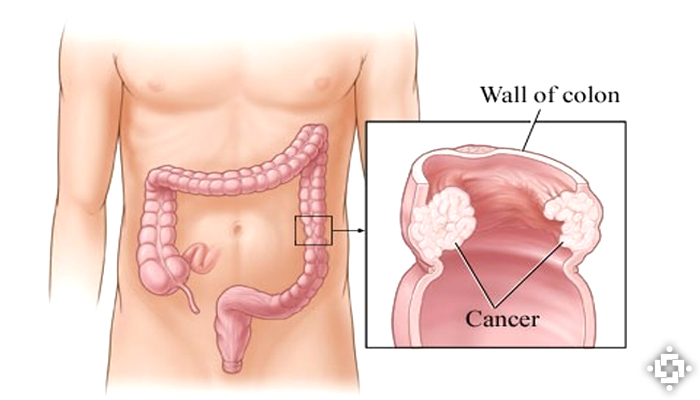 As we know, cannabis extracts have been reported to treat a number of ailments. There have been a number of anecdotal success stories, leading to an increased interest in cannabis concentrates (RSO, BHO, Solventless Wax, etc.) as a viable treatment option.

Following suit, a recent study adds a bit more fuel to the fire. Partially funded by GW Pharmaceuticals, it suggests that cannabis extracts rich in cannabidiol (CBD) may be an effective treatment for colon cancer.

Of course, research has long suggested that medical cannabis could be beneficial for cancer patients. It is often used to counter the negative effects of chemotherapy and studies suggest that the plant could serve as an effective cancer treatment in its own right.

Cannabidiol (CBD) seems to carry less of a stigma than tetrahydrocannabinol (THC), a psychoactive cannabinoid that is credited with the “high” associated with cannabis, and shows promise as a way to treat a variety of cancers. In turn, CBD has received a great deal of attention in recent years.

Now, a team of researchers from Italy and the UK report that cannabis extracts high in cannabidiol (CBD) can help prevent the genesis and spread of colon cancer in mice. Their study was published in Phytomedicine December 27.

According to their results, a “botanical drug substance” (BDS) with high levels of cannabidiol (CBD) inhibited the growth of tumor cells, but not healthy ones. The researchers determined that this action was mediated by activation of the cells’ CB1 and CB2 receptors.

Also investigated in the study was the effect of pure cannabidiol (CBD) on colon cancer. According to the data collected, pure CBD inhibited tumor growth also. Interestingly, it did so through activation of the CB1 receptors only.

Broad Spectrum Extracts May Be Most Effective Cannabis Treatment

It has been suggested that isolating cannabidiol (CBD) from the cannabis plant could offer an effective treatment option for those who do not desire the stigmatized “high.” However, the aforementioned findings suggests a flaw in this logic.

Cannabidiol (CBD) certainly has its benefits, but it is not alone in that regard. Tetrahydrocannabinol (THC), cannabichromene (CBC), tetrahydrocannabivarin (THCV), and the remaining cannabinoids have each been linked to a variety of therapeutic benefits in their own right. Terpenes found in cannabis are believed to improve its effectiveness as well.

Accordingly, an extract that incorporates each constituent of the cannabis plant is likely to provide the best relief. Of course, a different ratio of cannabinoids will be necessary for each individual, but that is another conversation altogether.