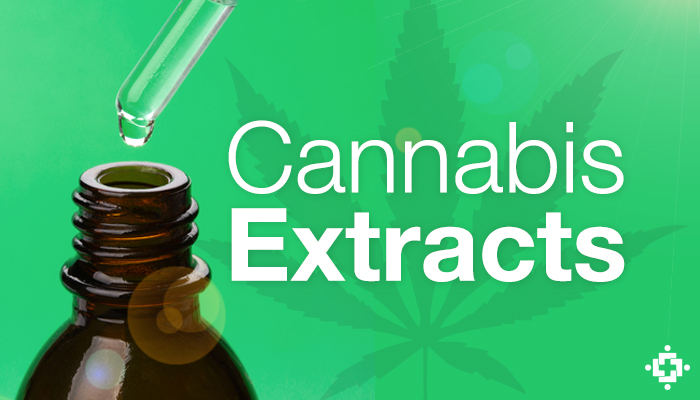 A Brief History And Outlook Of Cannabis Extract Medicine

The news surrounding cannabis extract medicine, particularly the use of high-CBD oils for epileptic conditions in children, has been steadily increasing since the release of Sanjay Gupta’s documentary on August 11th, 2013. Most recently, a December 3, 2013 Huffington Post Livesegment featured Joel Stanley (Co-founder and CEO of Realm of Caring), Heather Jackson (Executive Director), and Holli Brown.

Holli discussed the experience of her child Sydni, who began experiencing seizures at the age of 4. For years, no pharmaceutical options worked to control Sydni’s condition. Holli described the effects of the cannabis oil as remarkable.

“The effects of the cannabis oil were remarkable.” – Holli Brown

After a month on the oil, she has experienced the most seizure free days in over five years. Holli hopes that total seizure control can be achieved with more time, but the benefits seen thus far are already amazing.

Another patient described is the son of Heather Jackson, Zaki, who was diagnosed with Doose syndrome. This rare form of epilepsy caused thousands of seizures and impaired development. Heather described the immediate seizure reduction benefits. Zaki was completely seizure free in just three months. In fact, Zaki recently celebrated one year without seizures.

The most popular case is Charlotte Figi, the subject of Dr. Gupta’s documentary. Charlotte was diagnosed with Dravet syndrome, an intractable epileptic condition which caused 300 grand mal seizures a week. Like Zaki, no pharmaceutical options worked to control her seizures at all. After the first dose of high-CBD oil, Charlotte stopped having seizures. Within months, she was down to less than three minor seizures a month, with concurrent improvements in cognition and behavior.

Radical successes like these are not outliers – they are the norm with cannabis extract treatment. Dr. Margaret Gedde, a Colorado Springs physician, is tracking 11 new Realm of Caring patients. She reported that 9 of them experienced 90-100% reductions in seizures, apparently within just weeks of starting the oil.

The rate at which cannabis oil starts to deliver benefits is incredible, and Holli Brown in the HuffPost Live segment briefly discussed that she was not expecting to see such great results so soon.

“The media attention and growing support for high-CBD cannabis oil is staggering.”

Another patient, Zander Welton, cut daily seizures by over 90% with high-CBD cannabis oil. It worked after brain surgeries failed.

Zander’s parents are now suing the state of Arizona to gain continued safe access to this life changing medicine.

The growing support for high-CBD cannabis oil is staggering. Even top doctors are joining the crusade. Dr. Francis Filloux, the top pediatric neurologist at University of Utah, has come out demanding immediate access to high-CBD oil for Utah children.

There was also a recent episode of The Doctors, in which Dr. Travis Stork interviewed Paige Figi, Charlotte’s mother. He did a great job of conveying the dramatic nature of Charlotte’s recovery, imploring viewers to understand that Paige had initially given up on Charlotte because her condition was so unbelievably terrible. Nonetheless, high-CBD oil has “essentially cured her”.

Doctors are trained to understand the subtle complexities of various diseases. They know that when all pharmaceutical options have failed, and cannabis oil starts to completely reverse the condition, something is to be said. It’s this recognition that has led prestigious individuals like Dr. Francis Filloux to put their credibility on the line by calling for access.

In the case of epilepsy, the ability of cannabinoids to induce fundamental healing is truly remarkable. The fact that traditional drugs fail so profoundly, despite the years of research invested into them, is a testament to how complex epilepsy is. Yet cannabis oil continues to work in cases including Dravet syndrome, Doose syndrome, infantile spasms, cortical dysplasia, and more. Not only to reduce seizures, but to accelerate cognitive and behavioral development.

This should come as no surprise. There is an abundant body of research suggesting cannabinoids can heal epilepsy, but until now, it was unknown if such clinically suggested effects would transfer to humans. As Realm of Caring has demonstrated, they do.

Just like epilepsy, there are studies showing cannabinoids can treat virtually any kind of disease imaginable, including diabetes, cancer, multiple sclerosis, Crohn’s, fibromyalgia, rheumatoid arthritis, chronic pain, and much more. Further, the experiential evidence seems to support the science, with hundreds of people reporting curative results.

In fact, the last time HuffPost Live had a segment on cannabis oil medicine, it was Dr. William Courtney discussing how he eliminated a child’s brain tumor with a 3.8% high-CBD cannabis oil. He also alluding to a terminal brain cancer patient who went into complete remission through juicing cannabis.

Dr. Gupta also discussed the case of Landon Riddle, who had less than a 10% chance of living after diagnosis with an aggressive leukemia. Despite being on the brink of death from the cancer and chemotherapy treatments, cannabis oil turned him around almost immediately and Landon is now in remission.

“The magnitude of healing seen with epilepsy seems to transfer to other conditions.”

What’s been happening lately is a stunning confirmation of bold claims that have been made for years. In 2008, a man named Rick Simpson released Run From the Cure, in which he claimed that cannabis extract medicine could eliminate cancers and control other diseases in humans. These claims were not taken seriously at first, but over the years, they were continuously confirmed.

People took Rick up on his challenge to prove it to themselves, and began seeing the truth. Over the last five and a half years, individuals have been using cannabis extracts to treat a wide variety of cancers and other diseases, with simply miraculous results. The magnitude of healing seen with epilepsy seems to transfer to other conditions.

Whatever people believe about the full extent of cannabis extract medicine, one thing is for certain – it is an effective treatment option for many pharmaceutical-resistant conditions. More research is needed immediately.

“When the science and anecdotal data are each considered, the truth is abundantly clear.”

The Comprehensive Report on the Cannabis Extract Movement extensively analyzes the scientific literature and experiential evidence surrounding cannabis extracts for the primary treatment of disease.

When the science and anecdotal data are each considered, the truth is abundantly clear.

With so much overwhelming evidence suggesting cannabis can reliably eliminate cancer and control other diseases, we can’t wait. Millions of people suffer unbearably every day – every second is pure agony. Cannabis extract medicine must be made freely available. To prevent access to it is a crime against humanity.

Justin Kander is a volunteer with the Phoenix Tears organization. He wrote the Comprehensive Report on the Cannabis Extract Movement, a 100-page report that examines and analyzes the mounting evidence in support of cannabis extracts as medicine. Kander presented his report at the International Drug Policy Reform Conference in Denver earlier this year.