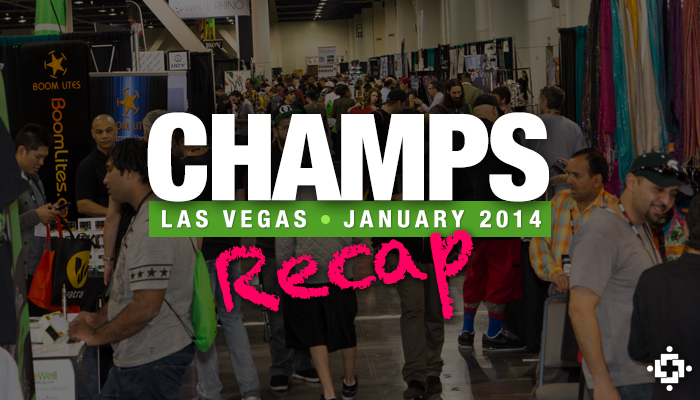 LAS VEGAS, NV — Business owners and glass blowers from all corners of the US gathered this week at the Las Vegas Convention Center for the 30th edition of the CHAMPS Trade Shows.

Despite being overrun by the World of Concrete(yes, that exists), the event offered canna-business professionals a laundry list of benefits. Further, CHAMPS offered glass blowers an opportunity to compete for a total of more than $50,000 in cash and prizes.

It’s for these reasons, and all the parties surrounding it, that CHAMPS Trade Shows has blossomed into one of the cannabis industry’s premier business-to-business (B2B) events. It was founded in 1999 and is now held four times per year.

The first CHAMPS Trade Show of 2014 kicked off early Tuesday, packing in a variety of vendors. Everything under the canna-business sun from custom-blown glass to hemp-based clothing could be found within the sea of vendors, buyers, and scantily-clad “booth babes.”

The assortment of businesses found at CHAMPS make it a perfect storm for those searching to form lasting connections within the cannabis industry. Sprinkle in the discounted prices made available throughout the week and you have a turnkey destination for smoke shop owners looking to stock their inventory with some of the trade’s most prominent names.

“The assortment of businesses found at CHAMPS makes it a perfect storm for those looking to form lasting connections within the cannabis industry.”

Because CHAMPS Trade Shows is a business-to-business event, one can expect a number of wholesale price breaks and collaborative opportunities. In fact, our team spoke with quite a few clothing companies about the possibility of releasing custom Medical Jane apparel.

Another great aspect of the CHAMPS Trade Show in Las Vegas was the ability to catch a peek of the innovative technology making its way into the market. For instance, UpToke was in attendance demonstrating a prototype of their highly-anticipated SPYRE portable vaporizer. Other notable companies in attendance included Raw Papers, Indica, Incredibowl, Firefly, Ploom, and Glow Industries.

As we know, a great deal of what makes the CHAMPS Trade Show special are the live glass blowing competitions. Being held directly after the American Glass Expo (AGE), the event attracted some of the top glass blowers the world has to offer.

Over the course of three days, glass blowers worked to showcase their talent by creating the most eye-catching glass possible. One of the most intricate pieces to make note of was a fully-worked glass pyramid blown by Eric Runes.

“Each Glass Games entry had a personality all it’s own.”

Of course, there were many more pieces that caught the attention of our team. Words could never do them justice, which is why you ALWAYS take a camera.

As shown in the CHAMPS photo gallery, each Glass Games entry had a personality all it’s own.

Surely, those who entered the Glass Games did so in hopes of winning the hefty cash prize that comes along with victory. With that said, the other benefits of entering the competition often get lost in translation.

The CHAMPS Flame-Off provided competitors with an opportunity to showcase their skills in front of people searching for the next great artist. Case and point: “Hitman” Dougie, who is known to commission some of the world’s most unique glass art, helped judge this year’s competition.

It remains to be seen what will come to fruition as a result of this week’s CHAMPS Trade Show. Still, it’s safe to assume that the relationships formed throughout the week could play a role in advancing the cannabis industry as a whole. 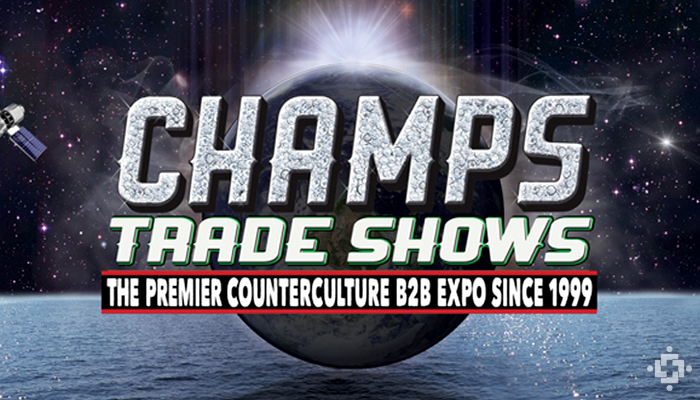 Founded in 1999, Champs is a business-to-business wholesale trade show for the glass and ancillary product industries. They hold two events (Fall and Spring) at the Las Vegas Convention Center each year. There are also …