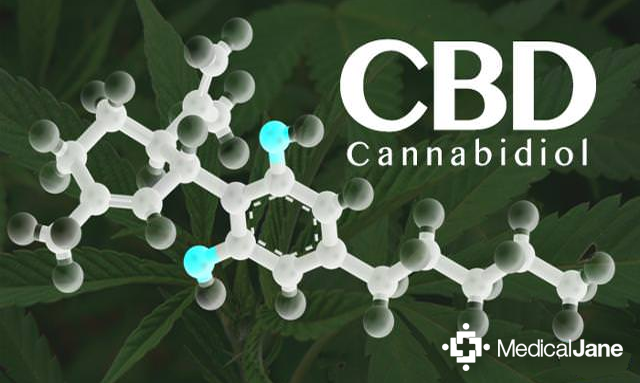 More evidence of cannabidiol’s (CBD) role in brain development seems to present itself every month. The cannabinoid has been tied to promoting neurogenesis, and the prevention of schizophrenia and neurodegenerative diseases already. Further, a recent study suggested that CBD may prevent the damage associated with cerebral oxygen deficits.

A team of researchers from University Hospital Puerta de Hierro Majadahondain Madrid published a study about CBD’s neuroprotective effects in the August issue of Neuropharmocology. With piglets as test subjects, the researchers investigated the mechanism responsible for CBD’s ability to protect against deficits from cerebral hypoxia, or reduced oxygen in the brain.

In order to test Cannabidiol’s role in protecting the brain from damage caused by lack of oxygen, the researchers had to induce hypoxia in the newborn pigs. In doing so, they restricted blood flow to the brain and reduced the amount of oxygen by 10%. This lasted for 30 minutes, and then the researchers investigated the functionality of each affected neuron.

“Reduced oxygen in the brain ‘decreased the number of viable neurons.'”

Ischemic Hypoxia is a reduction of cerebral oxygen that results from poor blood flow. According to the abstract from the Spanish study, reduced oxygen in the brain “decreased the number of viable neurons,” and affected the measured level of brain activity. Even further, the lack of oxygen was associated with increases in inflammation, excitotoxicity, and oxidative stress.

Excitotoxicity, a process in which nerve cells are damaged or even killed, is the result of over-stimulation from neurotransmitters, like glutamate. It may be related to spinal cord injuries, alcohol withdrawal, stroke, traumatic brain injury, and neurodegenerative diseases, such as: Multiple Sclerosis, Parkinson’s, and Alzheimer’s.

Oxidative stress is the result of poor oxygen metabolization. When oxygen is broken down, it forms chemically reactive molecules called “reactive oxygen species” (ROS). Although they form naturally and have important roles in cell signaling, abnormal ROS levels can occur in cases of environmental stress and may damage cells. It’s safe to say that restricted blood flow to the brain constitutes “stress.”

After recording the effect of limited oxygen on the piglets’ brains, the team of researchers investigated cannabidiol’s effects. Thirty minutes after ischemic hypoxia was induced, the newborn pigs were treated with a vehicle (placebo) or 1 mg/kg of cannabidiol.

The researchers found that the administration of Cannabidiol prevented the issues associated with reduced oxygen in the brain. They also found that CBD’s effect on the cannabinoid and serotonin receptors may influence the phytocannabinoid’s neuroprotective ability. Cannabidiol failed to have the same effect when researchers administered drugs that block CB2 and 5HT1A (serotonin) receptors.

This research from Spain offers insight into cannabidiol and it’s effect on the brain. As the study’s author put it, “[their] findings demonstrate that CBD exerts robust neuroprotective effects.” Due to it’s influence on cannabinoid and serotonin receptors, CBD may help modulate issues associated with limited oxygen in the brain, including inflammation and neuronal cell death.

The most common causes of ischemic hypoxia are strokes and heart attacks. More research will be necessary, but we could see cannabidiol treatment used to minimize the resulting damage in the future. Further, with studies supporting tetrahydocannabinol (THC) treatment to minimize damage from heart attacks, this study offers more evidence that cannabis may be related to heart health.